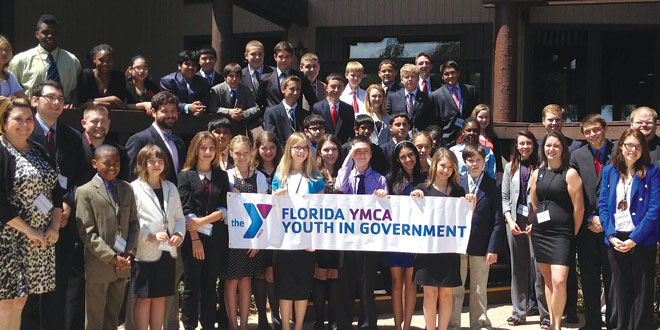 Marco’s own Alessio Luna, a local seventh grade student at Manatee Middle School, successfully passed a bill through the House and Senate. “I loved the debate! It was realistic and you felt as though you were really in Congress.”  Alessio was among local students from Marco Island Charter Middle School, Manatee Middle School and St. John Neumann attending the 8th Annual YMCA Youth in Government Junior State Assembly held in Haines, Florida. This was Alessio’s second visit to the assembly.

Students develop legislation and present their bill to their peers at the assembly, modeling the state legislature. These delegates 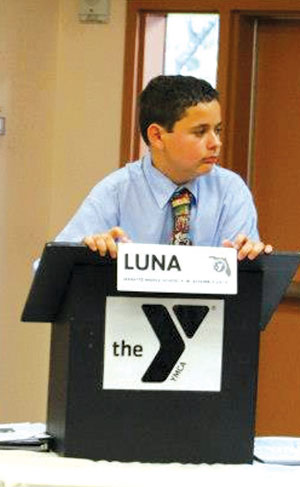 serve as Representatives or Senators. They work to pass bills as they mirror government in action. Delegates also participate in a Civics Challenge, a competition designed to prepare students for the Seventh Grade Civics statewide EOC (End of Course) Assessment that will go into effect next school year.

Only three Southwest Florida bills passed the House and Senate at the Assembly and were sent to the Governor. Among those achieving this honor was Alessio’s bill, an Act relating to a State Ban on Assault Weapons. His arguments were to not ban all guns, only those that shot 30-45 bullets or more per minute. These weapons were not 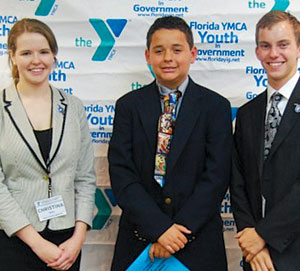 necessary for home protection or hunting. The bill was a total of four pages long.

Alessio hopes to possibly pursue a career in politics one day but first would like to serve the country in the Air Force.