Who Dunnit: Anatomy of an Egomaniacal Con Artist – Part 3 of 3 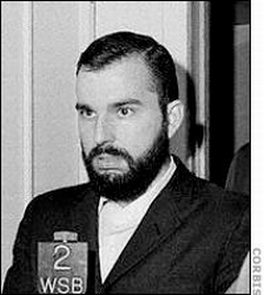 With Barbara Mackle safe and in good condition after spending 83 hours buried alive in the woods near Duluth, Georgia, attention immediately turned to the kidnappers: Gary Steven Krist, a small time Alaska crook who had escaped from jail in California, and his accomplice, Ruth Eisemann Schier, a bright, petite graduate student.  Everyone wanted to know: who were these people? Why they had done this heinous crime and would they now pay for it?

Krist, who had grown up in Alaska, started stealing at age nine. By 14 he was convicted of auto theft and put in a juvenile facility in Utah. In August of 1963 Krist, age 18, was back in jail in California for attempting to steal another car.  As he sat in jail, he planned the perfect crime: to locate and abduct a young heiress. He worked out issues like how to communicate with her family and where to hide her while waiting for the money, and concluded that burial underground was a brilliant solution.

Three years later he was married with a son, and back in jail again in Tracy, California for another car theft. He broke out of prison by scaling a fence and running quickly.

The family moved to Boston where Krist, with a very high IQ, an invented identity and the innate ability to defraud, got a job as a research assistant at MIT.  When an opportunity arose, Krist moved his family to Miami and soon picked up a mistress by the name of Ruth Eisemann Schier.  Shortly afterward, around the end of November 1968, his wife Carmen took the family and headed back to California. Meanwhile Schier, who spoke Spanish, German, English, and French signed up for Krist’s get-rich-quick scheme and 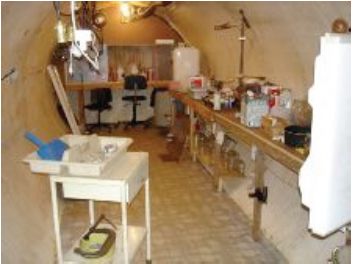 the couple planned on living as fugitives in Europe.

At the Mackle trial, Krist tried unconvincingly to persuade the court psychiatrist that he was insane, acting as an egomaniac and claiming to be “a superior human being”. Meanwhile Schier tried to use the excuse that she was blindly in love with Krist. She was sentenced to seven years, was paroled after four years and deported to Honduras.

The Georgia prosecutor sought the death penalty for Krist: he got a life sentence and was probably spared the death penalty because of Barbara Mackle’s testimony, later written in her memoir, “I know that I did not want Krist to be executed. For one reason, it was he who called (the FBI to free me).”
In 1972 Gary Krist wrote a 370-page account of his life entitled, ‘Life: The Man who Kidnapped Barbara Mackle’ and tried to escape prison in a garbage truck. By the mid-1970’s he turned into a model prisoner, attended classes to be come an EMT, and started working in the prison hospital. Knowing he was eligible for parole after only seven years in prison, Krist also started cultivating a relationship with the chairman of the Georgia Parole Board, Tommy Morris.

“There is nothing in our files to indicate Gary Steven Krist is violent or dangerous,” Parole Board Chairman Morris told the New York Times. “If he does commit a crime, it won’t be a crime of violence.”

Saying he might become a missionary, Krist, at age 33, walked out of prison on May 14, 1979 – ten years and five months after the kidnapping of Barbara Mackle. As proof of the adage that truth is stranger than fiction, Krist decided to go to college and on to medical school. However, 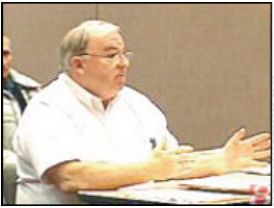 there was a slight problem since Krist was on parole as a convicted felon. Chairman Morris helped Krist to get a pardon, and after Krist finished college in Alaska, he went to medical school in the Caribbean. He married his prison pen pal, Joan Jones, and graduated medical school in the mid-1990s. He got jobs in Haiti and then in West Virginia, Alabama, and Connecticut but each time, when his criminal history became known, he lost his job. In 2001 Dr. Krist got his last medical positiion in a rural town in Indiana, where they were aware of his background, but had no local doctor. This lasted only until the nearby Evansville paper published a story on the Mackle kidnapping.

In November of 2005, Dr. Krist and his wife’s son rented a sailboat in Mobile Bay and sailed to South America, purchasing about 13 pounds of cocaine. The charter company, upon inspecting the returned vessel and seeing a map of Colombia, called the police.  A month later, in January of 2006, Krist rented another sailboat which, unknown to him, had a tracking device installed in it.  On March 6, 2006 when Krist returned to Mobile, he and his wife’s son were arrested along with four illegal aliens on board, each of whom had paid $6,000 for entry to the U.S. The police also found 38 pounds of cocaine in paste form, worth about $2 million on the street.  Krist, using the same ingenuity that it took to construct the box for the kidnapping, had put the cocaine in a box filled with concrete and held in place with a rope. It would take seconds to cut and release the evidence if needed. However, he did not have 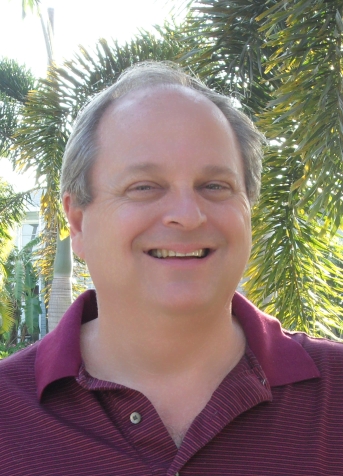 time to cut the rope and was caught red-handed.

A search of Krist’s house, located 35 miles east of Atlanta, uncovered a large underground laboratory with a fifty-foot escape tunnel. Here cocaine paste was converted into powder form, and then sold in Atlanta.

Dr. Krist and his wife’s son pleaded guilty to the charges on May 16, 2006 in U.S. District Court in Mobile.

Krist’s wife Joan, told the Athens, Georgia newspaper, “He is a good man, and he has not done anything to anyone in years.”

On January 19, 2007 Krist at the age of 61 was sentenced to five years in jail. He is scheduled to be released in 2012 when, presumably, his story will continue.  Ruth Eisemann Schier was last heard of in Honduras, married with a family.

Barbara Mackle married her college boyfriend Stewart Woodward, has a family and lives in Florida. She has not spoken publicly about the kidnapping and wants to put that part of her life behind her.  Meanwhile, her nephew and his family currently reside on Marco Island in a Mackle-built house, which was constructed in the late 1960’s.