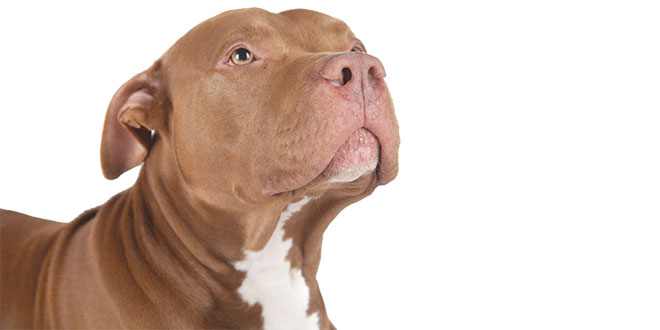 It was a beautiful August evening, and Arleen Harris was headed into her back yard. That is when it happened.

“I was opening the gate to my pool area when a Pit Bull came around the back of my home, pushed the gate opened and attacked me,” she remembered. “Apparently, he had gotten out of the house and ran away. He did not even have a collar on, and I was in shorts.”

Harris recounted the attack: “Once he pushed the gate open, he immediately attached to my leg, and having no collar on, it was difficult for me to get at him. I pulled on his neck, and he bit my fingers. I pulled my fingers out of his mouth, and he proceeded to grab onto the back of my thigh. I never screamed because I was in such shock, but I also knew he would get more aggressive.”

Despite commanding the dog to “stop” and telling him “no,” nothing worked. She continued: “No one was home in my house; I have empty lots in back and to the side, and my other neighbor has tall trees between our homes. I knew I had to fight this dog off, or he could potentially kill or injure me much more seriously. I grabbed at him, and he then worked his way up to my upper back thigh biting all the time. He scratched at my arm to get me to the ground. I finally dragged him over to the fence, and although I could not throw him out the fence, I was able to get myself out of the fence.

“After I was able to shake this dog off me and grab a tee shirt that was hanging over the fence, I wrapped it around my shin and calf that were bleeding really badly and make it around the front of my house and over to my neighbor’s…My neighbor ran over (to my house) with me to unlock the front door. When I ran back home, (the dog) had indeed broken through the screen and was slamming into my sliding door. I have two small dogs, and if I had ever left the slider opened even a crack, he would have made it into the house and killed my dogs.”

The attack resulted in gaping wounds, stitches and incredibly frayed nerves. Two days after the attack, Harris filed a report with the Marco Island Police Department, which directed her to file a report with Collier County Domestic Animal Services (DAS). She did; DAS investigated, and designated the animal a “Dangerous Dog.”

It was discovered that the dog was about 1 1/2 years old, and had had a very rough beginning. The owners were trying to rehabilitate him, though the job was proving more difficult than anticipated as indicated by a sign on their front door which read: “Aggressive Dog in Training. Don’t ring bell or knock on door.”

In the end, it has been an educational experience for Harris, who now wants to make certain people know what to expect from authorities if they are attacked by a dog or if their dog attacks someone. In Collier County, the Animal Control Ordinance provides definitions and procedures by which a dog can officially be declared dangerous. Declared dangerous dogs may be kept by their owners; however, the owners must follow strict rules to ensure public safety, including putting the dog in isolation immediately following an attack, posting a “Dangerous Dog” sign in the front yard, muzzling a dog when necessary and always keeping the animal on a leash.

According to the DAS, a “Dangerous Dog” is any dog that:

Since the attack, Harris and her husband have taken their two dogs out for walks and to Canine Cove at Mackle Park, and every time she encounters someone with a Pit Bull, she is extremely cautious.

“People need to be more careful when letting these or any dog out without a leash,” she pleads. “The harm they can do to a person, child or another dog can change someone’s life. It has changed mine because I find myself very nervous when walking now. I love animals, and now, I have a different feeling when I see a dog approaching me.

“Please, everyone just needs to realize that if you have a dog, you should leash it, and if you have a strong, potentially aggressive dog, you have to take special precautions.”