When Did 90,000 USTA Members Change Their Tennis Ratings? 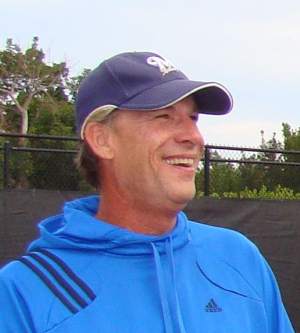 Doug Browne, who is beginning his 26th year as Director of Tennis at the Hideaway Beach Club on Marco Island, has been associated with the USPTA for 25 years, and had been playing, talking, and teaching tennis for most of his life.

Is there anything in tennis more controversial than someone’s tennis rating? No matter how we roll the dice, individual or team tennis ratings can almost destroy the local tennis club or facility.

“The new rating can be so challenging for players in our county,” Collier Tennis Association league coordinator explained.

For instance, a club team wins a league title; with no time to celebrate, the team often gets split up because of its success. There are many reasons that tennis ratings have such a strong impact at the local tennis facility. Here are some ramifications to ponder:

Players and teams may have to move up or down after one season.
Team players will have to change teams and practice times.
Players changing teams often change uniforms.
Players shifting teams may lose their closest friends.
Players moving up could move out of their club league teams.
Changing ratings may alter club championship divisions.

It has been reported that as many as 90,000 USTA players have had their ratings altered since the summer league season. How should we look at the massive turnover? Perhaps after too many years of frustration, the USTA wanted to put players in the right divisions, so they decided to bite the bullet and make the changes now. Unfortunately, we have already heard from a number of competitors that the new ratings have caused difficult consequences.

The USTA always claims that age is not a factor, but many of the tennis pros in southwest Florida have a completely different view.
“If age is not a factor in the ratings, why do we have senior divisions like 50 and over, 60 and over, and finally 70 and over?”asked Doug Welsh, tennis pro, when we were discussing the new ratings.
In other words, how can a 72 year-old 3.5 rated tennis player feel that she is on even terms with a 27 year-old 3.5 rated opponent?
Specifically, my sixty year-old tennis assistant has been moved up to the 5.0 level and I find it impossible to believe that he can compete with a twenty-three year-old recent graduate from a D-1 tennis team (Division 1 college like Ohio State, Florida or Stanford) in either a singles or doubles contest. Ironically, I felt that we had a good thing going here in the greater Naples/Marco area when we had professionals doing on-court ratings for all of our league players. We had so many different people playing both local leagues and USTA leagues that the professionals were on target as far as ratings were concerned. Not only did the various coaches place players in divisions like 2.5, 3.0, and 3.5 but they also included specific ratings like 2.2, 2.3, and 2.4. Just when we thought we had the ratings situation under control, the USTA made another radical alteration and instituted the self-rating system. To me, this idea was ludicrous as most new tennis players failed miserably when trying to interpret the ratings scale. When tennis players gave themselves fairly high ratings the entire system became flawed and had disastrous effects. With the self-ratings going downhill, this is where people said, “Garbage in, garbage out”, as the results were placed in computers.
Our key issue in southwest Florida is how to handle the Senior and Super Senior tennis players who have been bumped up as a result of their success at those levels. In doing research on this subject, I found the majority of southwest tennis professionals are adamant about this sensitive subject because as players move out of their comfort zone, there are numerous problems that we must examine. If the USTA benchmarks a certain player, he is often denied an appeal and must stay in his new, and in our opinion wrong, level. The inflated rating could kill a player’s interest as he is pushed into a higher, inaccurate level; he may no longer play with friends and could possibly be knocked out of league play as his club or area may not have his new level. The player has to deal with the prospect that no one wants him anymore. Ouch! Overnight you lose your popularity as a potential partner when you have been bumped up. To me, this sounds more like the dating game than the tennis game and could harm players irreparably.
Here are solutions to this problem that the area professionals recommend:

Present a separate Adult and Senior or Super Senior rating. We are sure the USTA can circumvent problems that might develop with two ratings. Have a broader appeals system. Give the local coordinator more power in appeals. He is in a much better situation to know the players, especially Super Senior players.

Allow an almost automatic appeal for the Super Senior level player. We would be hard pressed to suggest players at that age are improving their games. In fact, they are lucky to maintain their skills and mobility. Senior ratings can be inaccurate; the Super Senior rating are really out of touch. USTA has always maintained that a 3.5 player is a 3.5 player and that age has nothing to do with it. We would suggest this is completely not true when, in fact, the player can’t compete against younger, stronger, quicker and more fit players.
Allow local districts to form appeal committees of local professionals to look at appeals on the local level.They are the best informed about the true levels within their districts.
Stop the inaccurate “garbage in, garbage out” self rating. A player rating himself at a 3.5 level could, in fact, be lower and until he is averaged down over time the damage has been done.