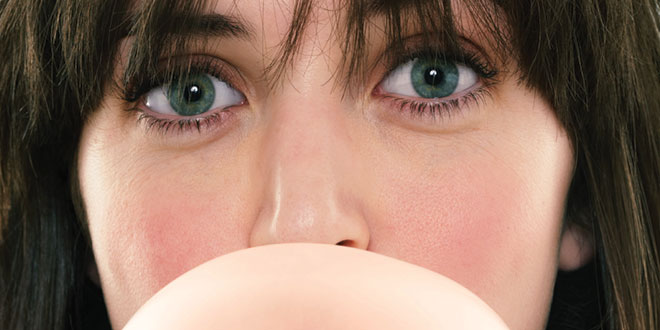 There’s a label for everything these days, and where we used to call things what they were, we have become so obsessed with being PC (politically correct) we now have totally absurd ways of discussing things that bother us and confusing them with simple rudeness. In a newspaper article recently, the author wrote that while her home was being renovated, she was temporarily living with her parents, and she had broken out in hives from the experience. Poor baby! It seems her father had the distressing habit of clearing his throat repeatedly, while her mother kept interrupting her creative flow by offering her milk and cookies. Too bad they didn’t present her with a bill for rent instead.

She went on to discuss four categories of “social allergens” depending on whether irritating behavior is intentional or not and whether it is directed personally at an individual. Thus, we have uncouth habits, egocentric actions, norm violations and actions that are both intentional and directed personally. Is it really necessary to analyze everything to death?

Why not just say some of the things people do make us crazy? Understand, it’s a two-way street.

Psychologists who also study communications warn that uncouth habits, such as cracking gum and speaking loudly, are really not aimed at anyone; they are just rude behavior.

Then, we have actions that may not be intentional, but they are directed at others, such as selfish people who think only of themselves while their behavior affects you. They might never order dessert in a restaurant and then dig in and eat yours or publicly conduct unnecessarily loud conversations on their cell phones.

Norm violations are both offensive and intentional but impersonal. They involve smoking right outside a doorway, talking during a movie, or texting while driving.

Actions that are both intentional and directed personally may be the most irritating, as they could be issued by people who seek a favor but make it sound more like an order, such as “Fetch me that newspaper will you?” Or “Do you really need to eat dessert?” The person may not mean to make you feel bad, but you allow it.

People whose company we share a lot of the time are the prime sources of our social allergies, and repetitive acts are the most lethal. This points at business associates and partners. Social allergens can often end a romantic relationship as soon as people begin to relax with each other and the glow diminishes.

In a marriage, immature people often snip and snipe at each other for their foibles, until they learn to make a marriage last by either discussing the actions or ignoring them. If the allergen gets blown out of proportion, it can actually represent some other part of the relationship that has gone wrong, take on serious overtones, and indicate there are not enough positive elements to make the relationship last.

Of course, you can always take a hard look at yourself and become more tolerant and less irritated by others’ behavior, or just try to understand what might be behind it.

My dear late husband was famous for his uninhibited belly laugh. When I met him I found it quite endearing and infectious, and I can recall quite deliberately asking myself if I would feel the same way after listening to it for a few years. Fortunately, it became quite useful whenever I was looking for him in a crowded room, and it served to defuse many tense situations in social and business circles. I never got sick of his laugh in 31 years, and it’s one element that I dearly miss in my life today. In fact, when a person recently referred to it and said, “I always found it a little annoying,” it took me less than a heartbeat to remove her from my guest list.

There are so many serious things that we can get upset over these days that it seems shameful and a waste of time to “sweat the small stuff” like this.

My suggestion is: If the city gets rid of its Code Enforcement Board for handling breeches of its rules and regulations, we could always hire them to punish perpetrators of social allergens. That ought to keep them busy until the end of time!