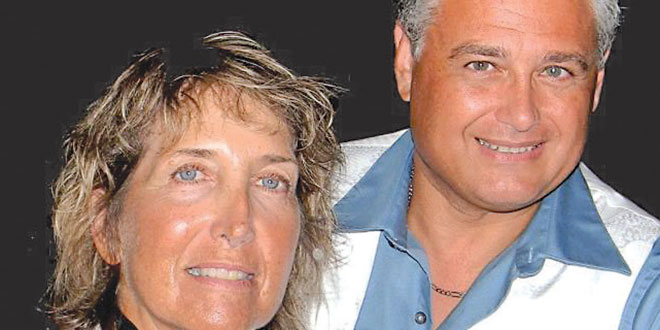 “We Love Lucille” is the mantra of the cast and crew of the Saga production. And Lucille “is thrilled to be working once again on the 20th year anniversary show.”

Lucille has been music director for productions performed at the Marco Lutheran Church, under Craig Greusel’s direction. Shows include “Barnum,” “Fiddler on the Roof,” “Music Man,” and “Frankenstein: A New Musical.”

Lucille was music director for the original “Saga of Roaring Gulch” show in 1995. “It’s a pleasure 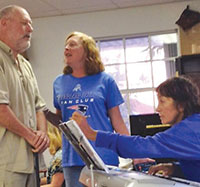 Lucille Gaita at rehearsal with John Moulton and Mai Puccio.

to be doing it again after twenty years and working with the same director and a brand new cast and crew.”