We Don’t Need a Guide… 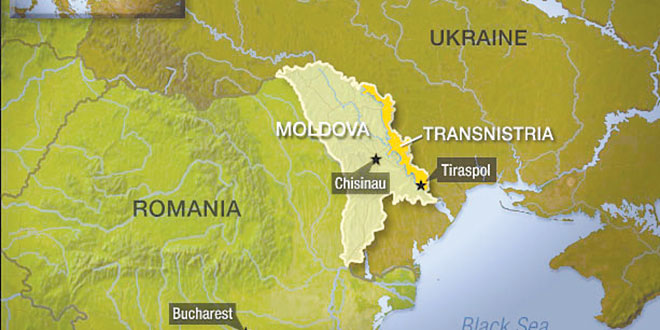 There is a common expression in Turkish which roughly translates to “you don’t need a guide to tell you how to get there if you can see the destination.” This expression — which I heard many times as a young man growing up in Turkey — applies well to the situation in Ukraine today. Russia is preparing to invade and annex Ukraine as well as the neighboring country of Moldova. As I have done before, I would like to stress that I am writing this article on Sunday, March 30. The situation is fluid and many things may happen between now and next Friday when the Coastal Breeze is distributed, but as of today, one does not need a guide to tell one that Russia has every intention to invade and annex Ukraine and Moldova.

As it stands today, there are nearly 50,000 Russian troops amassed on Ukraine’s eastern border with Russia. According to intelligence reports, these troops are concealing themselves and establishing supply routes. From a military perspective, this is a classic example of pre-invasion activities. In Moldova’s breakaway region of Transnistria where Russia already had 1,500 members of their 179th Motor Rifle Regiment, an additional 800 commandos have been brought in to supplement the force. I am sure this is not for conducting a joint military exercise either.

The estimates from international sources are that there are approximately a total of 100,000 Russian troops on the borders of Ukraine. President of Russia Vladimir Putin claims that this is not an invasion force. However, everything points to an invasion of Ukraine which may prove not to be as easy as invading Crimea. There are many factions and groups in Ukraine which may resist an invasion by Russian troops. A referendum similar to the one held in Crimea will not give Putin the results he desires. However, on the other hand, there is no Western resistance, willingness or combined forces in or around Ukraine to stop the Russians from moving forward.

Why is Russia on the move? There are many factors involved; however, for the sake of not giving a complicated or convoluted response, we may stick to the basics. As many of us have painfully come to realize, the foreign policy of the only world power today — the United States of America — is very weak, confusing and possibly non-existent. President Putin knows that other than finger pointing, scholarly advice and some rather weak economic sanctions imposed or to be imposed on Russia by the West, there really are not many clear options. Since the military option was taken off the table at the beginning of the conflict and since no one would like to risk or stomach a world war, we are in a helpless and frustrating position of our own making. Most of our European allies are heavily dependent on Russian oil and gas for their energy needs. Ukraine is not a member of NATO. Ukraine’s efforts to join NATO were shelved after the 2010 election of Viktor Yanukovych. The now-ousted president also backed away from a trade agreement with the EU, which ignited the protests in Ukraine and brought the Russians into Crimea.

Jeff Sahadeo, an associate professor at Carleton University who studies relations in Eastern Europe and Asia, said losing influence in the former Soviet State would be a “real embarrassment” for Putin. “Putin’s end game is to make sure that Ukraine doesn’t become a part of NATO and that’s really the red line that he’s thought about and that’s why he sent these troops,” Sahadeo told CTV’s Canada AM Wednesday.

One should never forget the fact that President Putin was a KGB agent in the old Soviet Union. As such, he understands military moves, the importance of intelligence services and the vital importance of energy strategies, as well as the clear consequences of a growing economy. He was personally devastated when the Soviet Union was disbanded and the old empire was reduced to Russian Federation. There is nothing he would not do to bring Russia back to her former glory as the “other” world power.

What may happen in the days or weeks will depend on the resolve the United States and her allies will show in Europe. Putin’s Ukraine adventure started when the Ukrainians wanted to join the European Union rather than joining Russia’s alternative Eurasian Union. Ukraine’s next door neighbor Moldova also wanted to be identified with the European Union. Putin did not like this one bit, and even imposed a ban on imports of Moldovan wine into Russia last year, only to see the Moldovan government sign an association deal with the European Union. The payback may be coming in the weeks to come, and it may be hellish!

Transnistria is a breakaway part of Moldova which has a majority Russian speaking population. In 2006, they voted to join Russia but were not invited. After the Russians annexed Crimea, they again asked the Russians if they could join. So far, Russia has not replied to this request, and the time may be just right for this to happen now. Another part of Moldova which consists of Russian speaking Turkic people called Gagauz also voted to join Russia if the Moldovan government signed an agreement to join the European Union. This agreement was signed, and it may now be a matter of time for the Russian tanks to appear.

All of the above signs indicate we do not need a guide to tell us what Russians will do next. We can clearly see that Putin will get the rest of Ukraine (at minimal cost), Moldova and Transnistria. Russians presently hold all the cards. We only have to be frustrated and wait and see.