We Are Not Ourselves 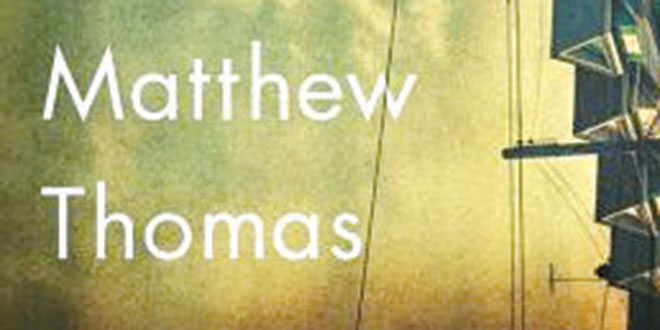 “We are not ourselves when nature, being oppressed, commands the mind to suffer with the body.” – King Lear

Eileen Tumulty is 9 years old when we first meet her in 1950, failing miserably at the Irish dance classes her mother enrolled her in. Like most little girls, she idolizes her father and is bright enough to notice that all the men around them respect and defer to “Big Mike.” Both parents, Big Mike and Bridget, are Irish immigrants, still have their brogues, yet when Eileen queries about her roots, her father says simply, “I’m an American,” with a wave of his hand. Indeed, he had applied for citizenship on the first day of his eligibility, while Bridget put it off, unwilling to let go of Ireland. When she did apply, in a pique of anger at Big Mike she asked her cousin to sponsor her, not her husband. Big Mike had savored the opportunity to sponsor his wife, seeing it as a confirmation of his “American-ness.” Bridget realized too late that her defiance had cut her husband to the quick. This is the emotional battleground that comprised Eileen’s childhood.

After suffering a miscarriage and complications, Bridget is hospitalized for a significant amount of time and Eileen takes on cooking and cleaning in their Queens apartment. Big Mike takes her to Jackson Heights one day to visit a friend of his, the super at a lovely apartment complex. Eileen is awestruck by the quiet beauty of the place, so different from her own neighborhood. “There were places, she now saw, that contained more happiness than ordinary places did. Unless you knew that such places existed, you might be content to stay where you were.” These two sentences state a realization that shapes the rest of Eileen’s life.

We Are Not Ourselves is the depiction of the lives of three generations of Irish Americans, but told mainly from the point-of-view of Eileen, covering her childhood through late middle age. Eileen is determined to escape into a better life, marry an ambitious man with a solid non-Irish name. “It was the thoroughgoing Irishness of Tumulty that bothered her, the redolence of peat bogs and sloppy rebel songs and an uproar in the blood, of a defeat that ran so deep it reemerged as a treacherous conviviality.” She wants a grand life with meaning, recognition, a big home and even bigger social life. Eileen has finished nursing school and is working on a graduate degree in nursing administration when she meets Edmund Leary on a blind date, set up by her roommate. Ed is a scientist who literally has not been out of his lab for a year. By the end of the date, each is smitten with the other, eventually marry and Eileen Tumulty Leary has one child, a son named Connell. Ed turns out to be brilliant but not at all ambitious. He turns several lucrative offers, preferring to 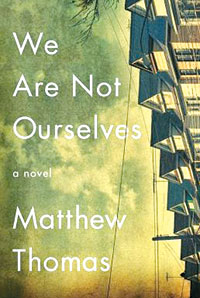 teach. Eileen adjusts her expectations, to a degree.

As the quote from King Lear infers, We Are Not Ourselves, is ultimately the story of how the Leary family lives with early onset Alzheimer’s disease. At the tender age of 51, Ed is diagnosed with the disease. This is after several months of his trying to hide his deficits and his family and friends noticing behavioral changes but not suspecting pathology. Eileen, the experienced nurse, chalks it up to a midlife crisis. Eileen is advised to divorce Ed, making it easier for him to receive financial assistance for his eventual long-term care, but she refuses to do so. She works out a way to keep him at home with a caregiver while she continues to work and Connell has gone off to Chicago to college.

This is a lengthy book but it reads like a book half its size because it is beautifully written and the characters full-bodied and quintessentially human. Matthew Thomas treats his reader with respect – there is no gushy sentimentality here. Small events, small decisions, small betrayals, the things that make up everyday life are detailed here and give this debut novel a huge impact. It is the story of immigrants and assimilation. It is a love story. It is the story of human beings dealing with a catastrophic disease that cannot be stopped. It is an unflinching look at the gradual destruction of a loving, brilliant man.

I gave this book a 4.5/5.0 rating. The only quibble I have with it is that the resolution for Connell did not ring true to me, however, our last glimpse of Eileen was deeply satisfying. This is probably the best debut novel I have read in many years. Thomas was a creative writing student of Alice McDermott, author of Someone, Charming Billy, and other exquisite books. He has learned well. I look forward to his next book.

This book is available everywhere in all formats. It has already been optioned for a movie by a US producer. If they cast it right (please, no Ben Affleck), it should outdo Gone Girl.

If you are giving books as gifts for the holidays, there is a plethora of websites with best books, etc. Penguin Books is offering a personalized service. It does require you to submit your e-mail address, give the age of the recipient, as well as what type of book or which titles you know that person has enjoyed. They will then e-mail you a list of titles. Each request is actually handled by a real human being. It is at penguinhotline.com. Alternatively, you can probably ask the helpful people at your local independent bookstore.