Want to save Money? Harness the Sun’s Energy 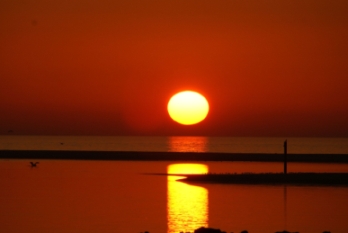 The amount of energy we receive from the sun is spectacular by any measurement. It’s hard to imagine, but the earth only receives one two-billionth of the sun’s total energy. In a year even this miniscule amount of solar energy represents about 10,000 times the world’s current energy use. Another way to look at it is the amount of energy falling on just one square mile is about 10,000 megawatts, enough to heat and light a large town. Every minute, enough energy arrives at the Earth to meet our demands for a whole year – if only we could figure out how to capture it effectively and efficiently. No wonder mankind has been trying to figure out an answer to that for years.

There are a number of proven ways to capture the energy from the sun. One way is to capture the heat energy. Here in Florida we usually air-condition our homes, but in the winter months, solar radiation can be used to warm our houses, especially during the last cold spell we had.

More typically, we capture the heat using pool heaters. Pool heaters in Florida have been popular for years. Low cost plastic pool heaters were developed in the 1970’s and installed on south facing roofs. Exposed to the sun, water passes through narrow ducts in the plastic and heats up sufficiently to warm the pool. The use of solar energy for pool heating and the equipment and need of pool owners is a natural. The storage unit for the solar heated water already exists – the swimming pool. Pool heaters heat a lot of water just a few degrees so the technology is simple and prices are affordable. The pump to circulate the water is already part of the pool and the heat generated during the day is retained in the pool at night when the sun goes down.

In south Florida, in a screened lanai, you should size the pool heater to be about the same size as your pool. Installing one can pay for itself in less than two years. The initial cost may be about $3000 but the savings could be $2000 to $3000 per year.

Solar hot water systems, unlike a pool, require a small amount of water to be heated several degrees. Hot water heaters were popular in Florida before World War II and are becoming popular again. A building boom in Florida during the 1920s along with the high cost of electric energy combined to create a big business for those selling solar water heaters. By 1941, more than half the population heated its water with the sun. Declining electric rates after World War II, in tandem with an aggressive campaign by Florida Power and Light to increase electrical consumption by offering electric water heaters at bargain prices, brought Florida’s once flourishing solar water heater industry to a halt.

Today a complete solar hot water heater system will cost about $4000 to $5000 installed, but with grants and rebates from the state and federal government your net cost is about $2500 and it pays for itself in about 4 to 5 years.

Photovoltaic systems convert light energy directly to electrical energy. Panels of solar cells about two feet by five feet are assembled and wired together on south and west facing roofs. They generate electricity when illuminated by sunlight. A net meter is installed by your utility company so you get credit for each kilowatt hour generated, reducing your monthly electric bill. Solar photovoltaic systems cost a lot. A typical house in south Florida may spend up to $80,000 or more for a system. But Federal grants of 30% of the cost, rebates from the State of Florida and five year depreciation all help make PV more affordable. As conversion efficiencies climb and prices fall, more people are becoming aware of the benefits of generating their own power.

Most countries that use PV extensively have feed-in tariffs which are set, published rates that electric utilities pay for a twenty year period to those homeowners who want to install solar generation on their houses. Diversity of energy supply and job creation are the drivers for feed-in tariffs that range from about $0.30/kwh to $0.82/kwh and are limited to about 20% of the total electric supply in the country. Gainesville, Florida recently adopted feed in tariffs as part of the mix of their electric supply and now have a brisk solar PV business developing.

New technologies that harness the energy of the sun are becoming more efficient, reliable and affordable. Given that the sun will be around a lot longer than we will, the enormous amounts of energy available to all of us and the fact that it is free should be impetus enough to check it out.-