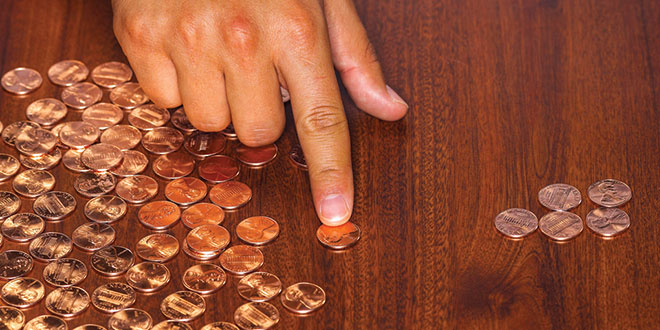 This is so pathetic it can only be true.

A few weeks ago an elderly friend from out-of-state entertained me with a surrealistic tale of horror involving a co-op utility company to which she is attached — not having a choice. She was widowed eight years ago, but had always looked after family finances and paying the bills, quite proud of being able to handle the simple transactions online.

A month ago, she received a taped phone call from the utility company telling her the bill was overdue and if not paid within one day, her service would be cut off and, of course, a large fee to reconnect would be charged. Knowing she had paid the bill and the next month’s bill wasn’t due for several weeks, she ignored the call. Then, she received the call again the next day, so she checked both her online account and her bank statement, and as she thought, it was paid.

After the third call, she became very concerned, and she called the company. When she inquired about the account, the clerk asked for her name and much to her surprise refused to discuss the account with her or explain the problem because it was in her late husband’s name.

Shocked, she explained that for the last 25 years she had been paying the bills and especially since her husband passed away eight years ago she had handled all these things herself. Both the Internet account she used and the bank account from which the payments were drawn were in her name. She also told the clerk that upon her husband’s death she had called every utility company and two of them had said she should just leave the account as it was and continue paying as it would be much easier than closing it and opening a new one.

The clerk denied that this would have been said, and then added, she would discuss the account with her, if she would fax a copy of his death certificate and original legal documentation proving she was either the executor, sole beneficiary or personal representative of the estate. This is where my friend cracked. In tears, she explained she had no fax machine, and in fact, had no idea where all the documents were. Since the clerk had mentioned “a problem with the account” she was now in a high state of panic envisioning a lack of service. She asked to speak to a supervisor. Instead, the clerk left her on hold and came back to say that if she could supply her husband’s social security number she had permission to discuss the account with her this one time. However, she would have to close the account and open a new one in her own name.

Here’s what the problem was: Somehow, she had misread the statement online and had underpaid one bill by 17¢. Yes, this fuss was about 17¢, which would, no doubt, bankrupt the utility company.

While this illuminating conversation was going on, my friend paid the bill online. With the clerk’s help she then opened a new account in her own name, figuring that was the end of the nonsense. No way!

Two days later in the mail she received a letter which she described both as “laughable” and “elder abuse.” It began by expressing condolences on the death of her husband. It went on to say that they do not “permit accounts to be held in the name of a deceased individual.”

That is unfortunate, in my opinion, because real, live people do not deserve to be treated in this way. Unfortunately, she cannot even complain to anyone at the risk of losing service and not having an alternative.

She called me later this week to report that the first “bill” on her new account was — you may have guessed it — a credit for $4.17.

So here’s my warning to you all: Make sure you pay the utility companies in full in case you lose a spouse and the accounts are in his name. Stay on good terms with the bank manager in case you need a mortgage in a hurry to pay them off. Just in case you don’t qualify for a loan, keep a lot of loose change around the house — you just never know when you’ll need 17¢.