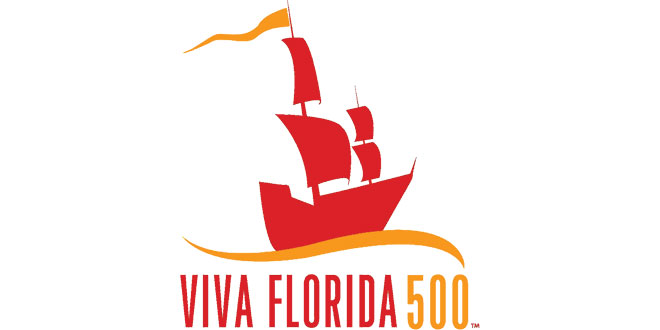 Florida is celebrating an anniversary – 2013 marks 500 years since its discovery by the Modern World – a claim no other state can make. Searching for the elusive Fountain of Youth, Spanish explorer Ponce de Leon landed near St. Augustine in 1513. Five hundred(!) years later, Florida’s landscape is ever-changing and ever-growing. In honor of this milestone, Florida is celebrating its heritage with Viva Florida 500, a yearlong homage to the state that so many call home.

The statewide initiative led by the Florida Department of State aims, “to highlight the 500 years of historic people, places and events in present-day Florida since the arrival of Juan Ponce de León to the land he named La Florida in 1513.

While Florida’s Native American heritage dates back more than 12,000 years, Spain’s claim in 1513 began a new era.” Viva Florida 500 plans to promote “the place where the world’s cultures began to unite and transform into the great nation we know today as the United 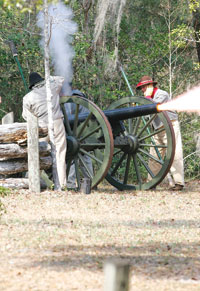 States of America,” with more than 150 events statewide.

The main branch of the Collier County Museums held an Opening Ceremony on January 8, in honor of the Viva Florida 500 Celebration. Diplomats from Spain, France and Great Britain – the three European powers that once governed Florida – took part in a special flag presentation to the Collier County Board of Commissioners.

For Collier County, this means countless activities, presentations, displays and art exhibits. The Marco Island Historical Museum began its celebration on January 2, with a new exhibit entitled “Lost World: New World.” The free exhibit offers visitors a chance to learn about the first known cultures to exist in Southwest Florida. Learn about the Calusa Indians that inhabited Marco Island and follow their history through the discovery of Florida by the Spanish until their eventual disappearance in the late 1700s.

Not to be outdone, the Immokalee Pioneer Museum, the Naples Depot Museum and the Museum of the Everglades all began the year with events celebrating the state’s milestone.

Visit www.vivaflorida.org to obtain a list of events within the area or throughout the entire state.