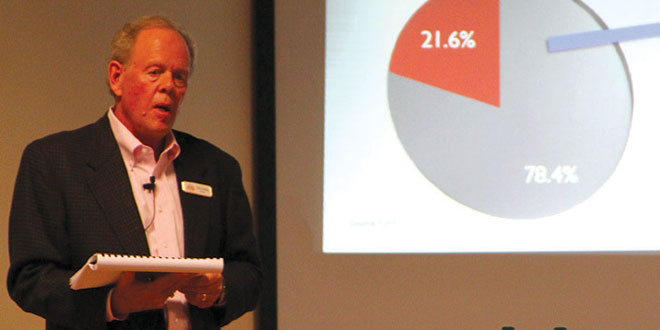 Vision 2013 was a “state of the real estate” seminar presented by Alan Rice and Ken Gandy. Ken Gandy is a realtor/broker associate on Marco Island with Keller Williams and is treasurer of the board of directors of the Marco Island Area Association of Realtors. Alan Rice is an operating principle of a real estate office in Bedford and Londonderry, New Hampshire, Andover, Massachusetts and Marco Island.

Originally planned for an audience of up to 50, response to the seminar was so positive the venue had to be moved to accommodate the increased audience.

Ken and Alan kept the presentation, filled with current statistical data and trending information, lively by adding a touch of humor and a bit of back and forth bantor. Just a 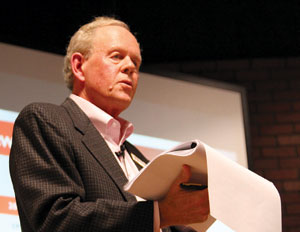 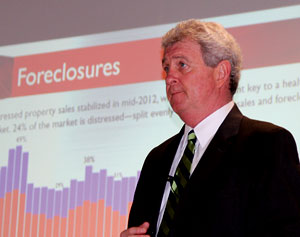 2012 has a monthly principal and interest payment of only $626 at an interest rate of 3.4 percent.

Distressed property sales stabilized in mid-2012 which is key to a healthy market. GDP is up for the third year in a row. Unemployment in the United States has realized a decline since 2009 and is now 7.9 percent.

Ken and Alan discussed four steps to the housing market recovery. First, stable home prices. Second, stabilize the banking system. Third, create jobs. The fourth step in the recovery process is to stimulate the economy through stable home prices and job creation. They did not avoid the bleak European economy outlook and they pointed out the interesting increase in High Net Worth Individuals during the past few years. 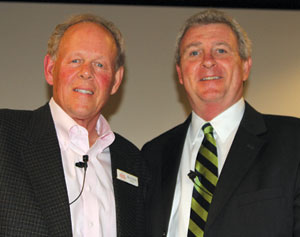 seminar closed with information from NAR on what buyers want from a real estate agent what they consider are the most important factors for buyers. They also looked at how sellers choose an agent and what they find important.

What is the future of the real estate market? It takes knowledgeable realtors to make those predictions. The consensus from the presenters in the final analysis was an overall positive outlook:

The seminar was sponsored by Coastal Breeze News. A networking social for those who attended was held at the Marco Island Brewery following the event. If you would like a copy of the presentation, email your request to realestatevision2013@gmail.com.