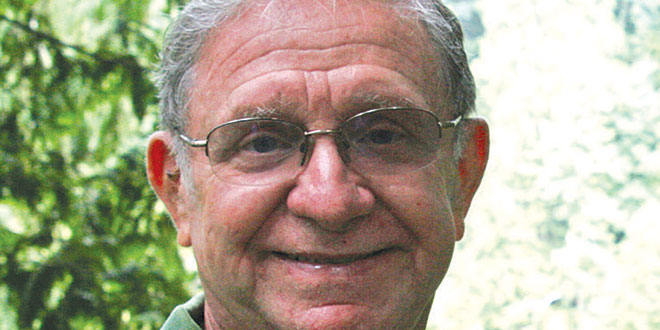 Victor Rios has thrown his hat into the ring, announcing that he is running for a Marco Island City Council seat in the Nov. 4 election.

Rios was certified to run by City Hall on July 21 with 160 petitioner signatures. Candidates are required to provide at least 120 signatures, or 10 percent of the 12,400 registered voters currently living on Marco Island, in order to be certified to run.

“I have attended 90 percent of the City Council meetings,” Rios explains. “I study all of the issues on the agenda. I already do 80 percent of the work, so I said to myself that I would like to on the other side of the table.”

Rios was born and raised in Cuba, where he attended Havana University and received degrees in math and electrical engineering by the age of 19. He also has an MBA from Rutgers University. His political activism in Cuba landed him on the wrong side of Fidel Castro’s Communist regime, and he became a political prisoner. Upon his release, he fled Cuba to the United States in 1961, joining the U.S. Army as a grunt within months of his arrival. After six years of service and an honorable discharge, Rios moved to New York, married Joan in 1968 and began raising a family, which included two sons, Jeffrey Keith and Victor Todd.

He spent the majority of his career working in the aerospace industry designing sophisticated systems for civilian (FAA) and military application (multiple US agencies and foreign customers). He was the director of software engineering, then vice president of engineering and then president of a division of a large California-based defense contractor.

Rios’ time as a political prisoner in Cuba did not diminish his desire to be active in his community. During the 12 years of his career were in California, he pioneered a program in Los Angeles with then-LA Mayor Richard Riordan to train public school children in computers and then to donate personal computers to those students completing the course. For this work, he received several awards from the city of LA, The Harold S. Geneen Award and the First Lady of California Award for “Outstanding Corporate Volunteer” in 1997.

Rios donated all proceeds from those awards to LA BEST (Los Angeles Better Educated Students for Tomorrow), an after-school program for at-risk children. He served on the organization’s board for 10 years.

Since moving to Marco Island 10 years ago from California with his wife Joan, Rios has been active with the Marco Island Shell Club and was a member of the 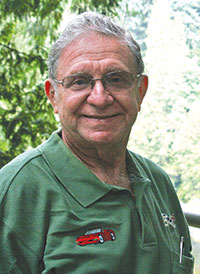 city’s Beach Advisory Committee for three years, serving one year as the board chairman. Currently, he serves on Collier County’s Coastal Advisory Committee, a nine-member panel that is responsible for reviewing all issues regarding the county’s coastal areas and beaches — everything from inlet and pass clearing to dredging to beach renourishment, beach raking and water quality. Rios is one of three Marco Island representatives, and has served on the CAC for nearly eight years. He is the longest serving member of the Marco Island contingent.

Rios gives Marco’s current City Council high marks, and he applauds the work of new City Manager Roger Hernstadt. Still, he believes there is room for improvement, especially given the issues Marco Island faces in the near future. The first is growth: “People have to realize that there are more than 1000 empty lots that still can be built on the island. Multiply that by 2.5, and that is about 4000 extra people in our future…We have to balance between people and the environment…We have to be good stewards of our beaches and wildlife while at the same time allowing people to do what they want with their property.”

The second is money: “How do we keep taxes in check? Money on a budget is like a balloon. The budget will expand as the need rises, but we have to distinguish between ‘need to have,’ ‘must have’ and ‘nice to have’.”

One way he would curb city spending is to simplify the bidding process to make it more competitive for local businesses. “We will get more value for our money, thus keeping taxes in check…There is always an opportunity to do better,” Rios says.

He also has his eyes on the upcoming Mackle Park referendum and utility rates. “I’ve talked to people on both sides of the (Mackle Park) equation,” he notes. “Is it going to pass? I just don’t know. Pass or fail, it will be by a very small margin either way.”

With regard to utility rates: “We bought a lemon, and we are stuck with a lemon. The rates still will be high for everyone, but we have to look at the issue.I fear the words ‘fair’ and ‘equitable.’ They are dangerous words. What is fair for one person will not be fair for another. We need to strive for efficiencies in the system and rates that are not fair or equitable but acceptable to everyone.”