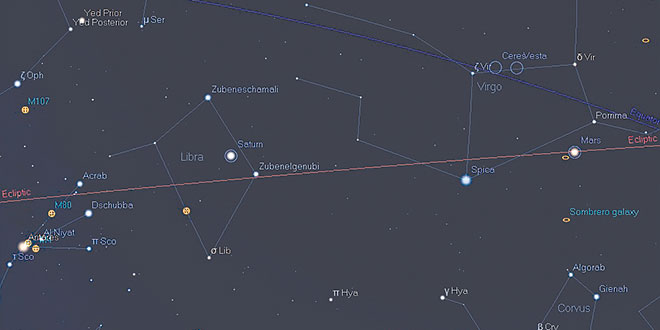 Even the slightest optical aid reveals new wonders unseen by the naked eye. The most affordable aid are binoculars; almost any size and model number will work well for you. Binoculars will show you the moons of Jupiter, the crescent phase of Venus, the larger lunar craters, every other planet in the Solar System, all 110 Messier objects (albeit with some difficulty), a number of binary stars and a handful of asteroids. Binoculars are generally the best instrument to use when scanning the vistas of the Milky Way and observing the larger star clusters like the Pleiades and Hyades. Even after you have upgraded to a telescope your binoculars will be a constant companion. Starting around $70, you just can’t beat them!

When buying optical equipment it’s easy to get all wrapped up in various number games, for binoculars you only need to pay attention to two – or three if you wear glasses. Binoculars are described using terms such as 7×35 or 10×50. The first number refers to the available magnification and the second is the size of the objective lens in millimeters. Larger objectives mean brighter images but greater weight and higher cost. Conversely smaller objectives mean slightly dimmer images but lesser weight. Weight is a big deal with binoculars, heavy binoculars just can’t be held steady enough to observe the heavens comfortably; more on this later.

The third number that eyeglass wearers need to know is something called eye relief. This is the distance your pupils can be from the eyepiece and still see the whole field of view. Although the focuser can accommodate near and farsighted users it’s just a hassle to keep removing your glasses all night long. Also if the user has astigmatism the glasses must remain on when using binoculars. Fifteen millimeters of eye relief is ok – twenty is better.

A great many people can’t hold even 7×35’s steady enough to observe stars; there are two solutions, purchase binoculars with stabilizers or the better and probably cheaper option, a tripod. Binoculars meant for stargazing have a threaded insert meant for attaching them to an accessory bracket which then is fitted to a tripod.

In general for a beginner, a 10×50 size will be the first choice especially when combined with a tripod. Such binoculars are often advertised as coming with roof, porro, or BAK-4 prisms. Don’t worry too much about the differences in prisms – each have their own advantages – but all will give fine views of the heavens. Once again don’t get all caught up in the numbers, I have a 60 year old pair of 7×35’s my grandfather owned that still gives good service to this day.