Two to See at Marco Players 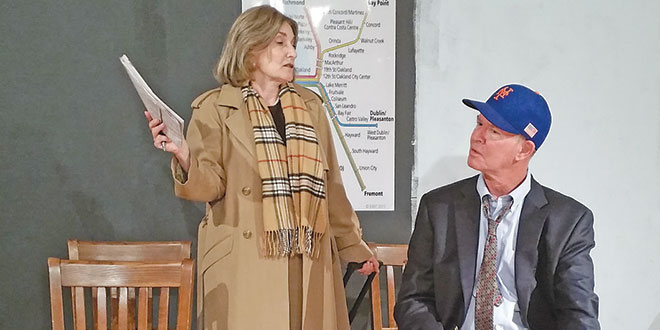 Karen Ezrine and Mitch Eil – “2 Across”.

The Man Who Married His Mother-In-Law

When Gerald’s (Greg Madera) mother-in-law finds out she hasn’t long to live, Gerald concocts a plan to keep her estate “in the family.” But when they move down to Florida to wait out her death sentence at Riddle Key, old friends and new faces threaten to spoil the scheme, and a surprise twist throws a wrench into Gerald’s plans unless he can pull off the perfect murder.

“The Man Who Married His Mother-In-Law” is live on stage March 19. The noon performance ($28) includes a box lunch.

“2 Across,” is a witty and romantic comedy written by Jerry Mayer, a playwright with several decades’ worth of television comedy credits. Director Beverly Dahlstrom says, “Our patrons will enjoy the ride along with Janet and Josh on that early morning BART train…a trip 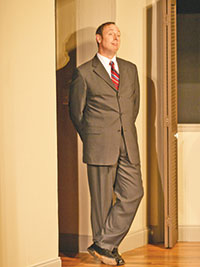 SUBMITTED PHOTOSGreg Madera in “The Man Who Married His Mother-in-Law”.

that will change their lives and our thinking about the possibilities of chance meetings.” Set in the present and peppered with comic references to Will Shortz, the crossword editor of The New York Times, the play takes place during a 4 AM subway ride. Janet (Karen Ezrine) is an organized, sensible, psychologist. Josh (Mitch Eil) is a free spirited, unemployed ad executive. Janet’s unmistakable leave-me-alone vibe is euphoric for Josh. The wonderfully entertaining banter, flirting, and arguing will keep you chuckling until they get to the end of the line.

The Marco Players Theater is located in the Marco Town Center Mall, 1089 N. Collier Blvd. Tickets for “The Man Who Married His Mother-In-Law” and “2 Across” may be purchased at www.TheMarcoPlayers.com or by calling the theater box office at 239-642-7270.