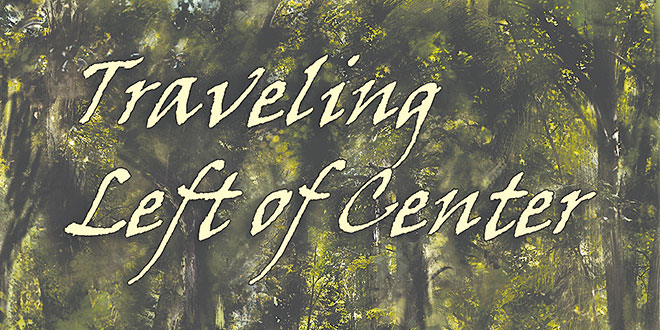 I was looking for a good love story to break up the string of thrillers I have been reading. Instead, I found “Traveling Left of Center.” As the title indicates, these 18 short stories have protagonists who are slightly off kilter psychologically. We all know they are “out there.” It is estimated that one in four Americans suffers from some form of mental illness. Nancy Christie has given them a voice.

Though not as dreary as Edgar Allen Poe by any means, Christie’s protagonists are in various stages of psychic distress. The first story, named the same as the book title, concerns a young woman who has had three pregnancies by three different men in a very short span of time. She thinks she has hit the jackpot when a doctor attending her at her second delivery takes an interest in her. But she just ends up pregnant by him, and he moves on to a residency in another city. She still believes having beautiful hair and nails and capturing a man’s attention are the most important things in life. As the story concludes, she has a new possible male love interest, despite being six months pregnant.

In “Alice In Wonderland,” this Alice is a 20-something young woman who quit her job to be caregiver to her semi-invalid shrewish mother. After months on end, subjected to constant belittlement as well as the endless physical demands of caring for a semi-invalid, we meet Alice literally eating the books she has borrowed from the library. When the library sends overdue notices, she sends them back, noting “moved, no forwarding address.” As her mother’s shrewishness escalates, so does Alice’s pica (eating non-food items) and 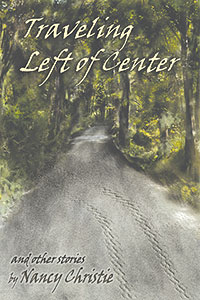 daydreaming. This was my favorite of these 18 stories. Exquisite descriptive language in this story.

My second favorite was a henpecked husband who is boarding a flight with his wife for a vacation of her choice, as always. The sound of her voice, her very presence, the knowledge that she exists on earth, drives him loony. We see him unravel as they board this flight, take their seats and she prattles on and on and on. This is an absolute masterpiece, “Exit Row.”

Of the 15 other stories in this collection, the only one that I felt a bit uncomfortable reading was the final story, “Annabelle.” As one reads along, one is first fascinated at the lyrical quality of the writing, then aware of a shadow creeping in, getting larger and darker, but it is worth staying the course and finishing the journey through the mind of this deeply disturbed and extremely lonely young woman.

Nancy Christie is an excellent writer, using superb language skills to make these characters come alive and incite the reader’s appreciation of their thought processes. She appears to understand the various stages of disconnect and struggle to function in the world that make up the lives of the mentally ill. I found myself thinking, “Yes, of course, that makes sense in their view of the world.”

This book is not everyone’s cup of tea, but I found it engrossing. Christie’s mastery of the short story is remarkable, especially given that the genre has pretty much fallen off the publishers’ line-of-sight the past couple of decades. It would be so lovely to have short stories restored to their rightful place in modern literature. This collection is a step in that direction. It will be available in paperback and e-book formats in August 2014. Rating: 4.25/5.0.