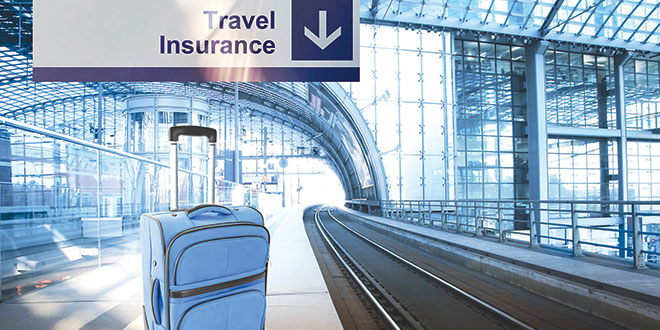 For years, we never bothered with trip insurance, but started to as our parents began developing health issues; we never knew if we might be called home unexpectedly. The past few years, as we have aged, we have purchased it for ourselves for international trips.

Until recently, our only occasion to put in a claim came in September 2001. We were scheduled to fly home from Lisbon on September 12. The tragic events of September 11 delayed our return for eight days. The first flight we were able to book required an overnight stay in London. When we got home, I sent copies of the hotel bills for our extended stay in Lisbon as well as London, along with an explanatory note to the insurance company. No claim forms were needed, and they reimbursed us immediately. Since 2001, conditions sure have changed.

A few years ago, my cousin unfortunately contracted Norovirus while on a river cruise and had to be hospitalized; he had taken out insurance through his cruise company. He noted that the cruise staff was helpful in getting him to the hospital and making arrangements for his wife to stay in a hotel close by. A professor at a well-known medical school, he said that the medical care he received was “extraordinary” and at a cost of about a quarter of what it would have been in the United States. The trip insurance portion of his claim related to reimbursement for missed days of the cruise was settled rather easily, although there were 1500 Euro extra expenses, such as the hotel for his wife, that were not paid.

The medical settlement, however, was what he called a “nightmare.” He said it seemed he faxed “reams” of paper to the company, and the manager of his case was never available and never returned calls. Seven months after his hospitalization, his personal medical insurance paid about 75 percent of the bill, but the trip insurance company did not pay the rest.

Recently, we had the unfortunate opportunity to experience a travel insurance claim first hand. My husband developed Achilles tendonitis requiring medical treatment and causing us to cut our trip short by more than two weeks. Dealing with the insurance company, I could relate to my cousin’s experience of a “nightmare” and “reams of paper.”

The final disposition was that they paid almost the entire claim. To achieve settlement took hours of gathering, submitting and following up on paperwork, and annoying persistence on my part (or, as my husband calls it, my “rat terrier” mode). I jumped through all their hoops, although it was difficult when they kept asking for the same information over and over. I was repeatedly told that before any settlement they needed to get information from the airline regarding reimbursement for our unused tickets. The company didn’t seem to understand that our return tickets were not unused, just changed for a hefty change fee. It took a couple of weeks of my calling and getting no where until I finally was able to speak directly to the person handling the claim. After three weeks of dealing with her, she had most of the claim in order, and then had to send it to her supervisor for approval. Yet another three weeks for final approval.

I learned a few things from this unpleasant experience:

Our company required documentation of the diagnosis, an explanation of the sickness/injury, and a form the doctor had to fill out and sign stating why we had to return home early. We had two hospital/doctor visits, and thankfully, we had the form with us the second time. If we had not had it with us, I don’t think it would have been easy to get it filled out at a later date and know the company would never have settled with us without it.

Copies of tour flyers and brochures are required. We were not on a tour, so that was not applicable. It did make we wonder about totally independent travelers and what they must have to go through for documentation.

Trip insurance is not inexpensive. However, we received payment of about seven-times the cost as reimbursement for trip interruption and additional travel expenses. While it was good to receive that check, it did involve a lot of time, effort and aggravation.

You always hope that your travels will be unencumbered by medical issues. If you choose travel insurance, take a little time during the planning process to keep your trip documentation organized and available; it will be much easier should the unforeseen occur. The website www. insuremytrip.com has good information to help educate consumers about the sometimes confusing options available in the travel insurance industry.