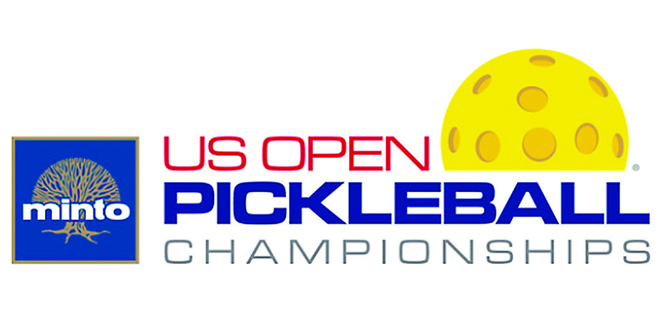 As the sport of pickleball grows and becomes more popular, many new players to the game are expanding the horizons of their participation in the sport and are thinking of competing in tournaments.

First off, I want to emphasize the difference between competing in recreational/rotational play and competing in tournament play competition.

The reason it is referred to as recreational play is because it is supposed to be recreational! It should be a fun and social, yet, competitive time spent with good friends.

Tournament play is different. It is a time to put on our game face. A time to become more serious and aggressive in our attitude, to attempt to accomplish one thing, and one thing only: to win!

However, I want to make it very clear that in both recreational and tournament competition, our attitude should be of a friendly nature. And win or lose, we should always be good sports.

The Minto U.S. Open Pickleball Championships are scheduled for the week of April 22 to 30, and if you plan on competing in this upcoming event, now is the time to begin practicing and preparing your emotional, mental and competitive skills to be ready to compete in a tournament environment.

The U.S. Open, which is held at East Naples Park, is a world-class, championship event. While this tournament will have professional players competing for prize money, it is also open to all ages and levels of pickleball competition. This creates an atmosphere of big time tournament play for anyone wanting to compete.

As a coach and a player, I understand that most of us may already be feeling plenty of pressure just participating in daily recreational/rotational play, and if we are planning on competing in an event of this importance, we need to prepare ourselves for tournament play.

It doesn’t matter what level player you are, tournament competition is different than recreational competition.

Several variables apply to the difference in tournament and recreational competition.

If you are a seasoned tennis player, who has competed in USTA sanctioned tournament competition, you are familiar with how a tournament draw works, and you realize it is not the same as when you play in a recreational round robin.

In tournament play, unless you are scheduled to play first match on the court, you are never precisely sure when your match will begin, or what court you will be playing on.

This creates a much different atmosphere from participating in your regular, daily recreational/rotational play at your local club.

For one thing, we become very comfortable and confident in our daily recreational/rotational play. It is part of our daily routine. We wake up, have some coffee and breakfast, watch a little news, or read the paper, take the dog out for a walk, etc., and then head to our local club to play pickleball.

We are on the same courts, at the same time, usually with the same group of players. All of our planets are aligned and life is good.

I am on the court at the Marco Island Racquet Club (MIRC) on a daily basis, instructing and playing both pickleball and tennis, and I feel very at home there, it’s my turf. However, when I go to other locations and play, I just don’t feel as comfortable when I first walk on to the court as I do on my home court at MIRC. I have to adapt to my new surroundings.

Traveling to another facility throws my regular daily routine/schedule off. Even the simple little things, like arriving in time to find a parking space, can cause anxiety and stress.

Speaking of timing, as I stated before, when we are playing in a tournament, unless we are the first match scheduled on the court, we are never precisely sure when our match will begin. So, here we are; we have made every effort to arrive at the tournament site, on time, ready to play, only to find out that our scheduled match starting time has been delayed. This makes us uncomfortable in our new and strange environment and we begin to feel anxious and nervous.

In addition to that, we have patiently, but anxiously, waited for our playing time to be called over the loudspeaker and we have now, finally, been given our court assignment. We meet our opponents and walk on the court. Many times we don’t even know who our opponents are. Everything is strange. Our planets, have suddenly, become misaligned! The butterflies are wearing army boots and marching around in our stomachs, our friends are all on the side of the court watching…OMG, what am I doing out here? I am going to make a fool out of myself!

OK, maybe, I have over exaggerated all that, just a bit, but nonetheless, when we compete in tournaments, no matter how much experience you have, everybody gets stage fright.

Fortunately, one of the great aspects of the sport of pickleball is the fact that everybody who plays is so friendly. As I watched and observed competition at last years U.S. Open, I noticed a great camaraderie, between the top-level championship professional players, who were entered in the open levels of competition and were competing for prize money. Yes, they had their game face on when they walked on the court to compete, but most importantly, they always seemed to be having fun!

I also noticed, that the top-level players often practiced together, with their opponents. Something you really don’t see occurring in any other sport, except for maybe golf, where a player might play a practice round with one the other competitors.

So what can we do we get ready for a big event like the U.S. Open? How do we prepare ourselves to deal with the anxieties and pressures of tournament competition?

First of all, get in as much playing time as you can with the partner that you plan on playing with in the tournament. Let everyone you are playing with, in your daily rotational play, know that you are practicing for the tournament, and ask if you can rotate as a team.

Secondly, I recommend you go to East Naples Park and get in some playing time on the courts and familiarize yourself with the facility.

However, even with you doing that, it will be a very different atmosphere when you compete in the tournament. There will be a lot more people surrounding the courts when you are playing. There may be people watching you play who are cheering for you, or your opponents. There may be photographers taking pictures.

Thirdly, and most importantly, practice and drill with your partner to make sure the fundamentals of your strokes are sound, and that you are confident in your abilities to execute shots.

If you have any concerns about your strokes, or your understanding and comprehension of strategies, I recommend you seek out a qualified instructor who can provide their knowledge and expertise to advise you; not just on what you may be doing wrong, but also, (and just as important, in my opinion), what you are already doing right!

Golf and tennis professionals utilize the knowledge and experience of coaches to fine tune their game before big events, because they realize that no matter how good they are, it helps to have an outside eye on how they are playing.

Also, as crazy as it sounds, I find that it helps me if I compete against other players who are willing to play for something; the losers buy lunch, or a round of beers, or better yet, play for money! Now it actually counts for something, there is a prize!

So, with all of the advice I have given you on preparing yourself to be “tournament tough,” remember that most importantly, whether you win or lose, have fun! Enjoy the high that you get from competing and being involved, as a player, in a big tournament environment. It truly is a great feeling.

Even if you don’t plan on competing in the U.S. Open tournament, I highly recommend you attend as a spectator. This event provides an opportunity to watch the world’s top professional players compete right here in our own backyard.

Wayne Clark is a certified professional tennis instructor with over 25 years experience coaching players on all levels of the game. Wayne is also qualified in pickleball instruction. He has been the head instructor at The Marco Island Racquet Center since 2001. The Racquet Center offers clinics, private and group lessons for both tennis and pickleball. Coach Wayne’s Island Kids Tennis juniors program runs year round and has classes for players from kindergarten through high school.