This Is The Story Of A Happy Marriage 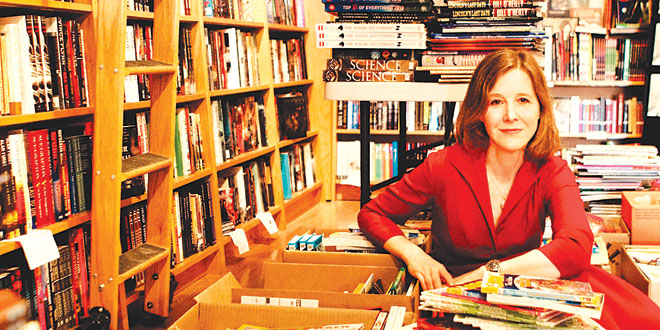 There are worse crimes than burning books. One of them is not reading them.” ~ Joseph Brodsky
By Ann Patchett
306 pages, Harper-Collins 2013

The title is deceptive. This Is The Story Of A Happy Marriage is a collection of essays about Ann Patchett’s life — not “simply” about her happy marriage. The road to that happy marriage had some significant detours.

This is probably the most fun I have ever had reading a biography. From the first page, I felt that I was catching up with an old girlfriend over a very long lunch. Her writing style is witty, intimate, honest, sweet yet slightly tart like perfect lemonade, deeply moving and thought provoking.

The essays have been mostly previously published in magazines, but a couple are convocations given at colleges. Those are two of my favorites. In 2005 at Miami University, Oxford, OH, Patchett spoke to the incoming students about the importance of friendship and how their relationships would be as essential to their success in their life and in their professions as their academic achievement.

The next year at Clemson University in “The Right To Read,” she addressed the topic of censoring books. A failed South Carolinian political candidate had led a campaign to get her book, Truth and Beauty: A Friendship, eliminated from the university’s curriculum. In his opinion, the friendship between the two women was not normal.

Every chapter in this book is splendid, and it is difficult to select those that I think will entice others to read the book. It is obvious from the first essay that Patchett is a nurturer. She spends a significant number of pages describing her life as a writer and addressing concerns of aspiring writers, encouraging people who think they want to write to start doing so. Patchett writes two excellent chapters about her dog, Rose, who was adopted in a parking lot. In the first essay, we are given a sanitized version of Rose’s adoption, and she addresses the proverbial “she-has-a-dog-because-she-really-wants-a-baby” perception. She points out no one says that about a man and his dog. It’s accepted that a dog is man’s best friend, but for a female, some see it as a child substitute. Later in the book, she comes clean about Rose, who was actually snatched out of the arms of a teenaged girl in that parking lot. Unlike some biographers I have read lately, Patchett comes clean about her warts. In that final chapter about Rose, she also finalizes the story about 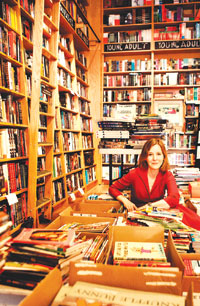 Patchett’s new book is a collection of non-fiction pieces she has published in her 20+ year career as one of America’s premier writers. SUBMITTED photo

her grandmother, saluting them both and what they meant to her. It is deeply poignant.

In “The Wall,” Ann describes her project involving the Los Angeles Police Department shortly after the Rodney King incident. She was born in L.A., and lived there until her parents divorced when she was six and her mom moved she and her sister to Nashville. Her father was a career LAPD officer, achieving the rank of captain and was involved in the Charles Manson and Sirhan Sirhan arrests. He was retired at the time of the King incident, but the public outrage and bad press about the LAPD got the writer in Patchett thinking it was time to go undercover and rub elbows with the people who wanted to join the police force.

The department actually had a surge of applications after the King incident, and she was curious about the motivations of the aspirants. The title of the essay is derived from the 6-foot wall that applicants are required to jump over as part of the physical. Patchett trained for months to get ready. When her test time came, she went out to L.A., stayed with her father who was popping his buttons over Patchett’s decision to apply for the LAPD at age 30. She told him it was for an article, but it did not seem to register that she was not starting at the academy until after Patchett passed the interview and physical portions of the test only. He just had not believed her. “The Wall” is a great chapter because of its description of the father-daughter dynamics, the commitment and focus of the writer, her interactions with the other applicants and those conducting the tests, and the ride-along that Patchett takes with two L.A. police officers. She picked up the tab when they stopped for a meal — it was $5 dollars for all three of them. Yes, the Rodney King incident was that long ago.

If the name Ann Patchett sounds familiar, you may know it from her first novel, The Patron Saint of Liars, or her most recent novel, State of Wonder. Or perhaps you recognize it from her magazines articles. If she is not familiar to you, I recommend this delightful book to you as an introduction. Put it on your bedside table and read one chapter at a time or take it to the beach.

This Is The Story Of A Happy Marriage is available at Collier County Public Library, and is in hardback, paperback, audiobook and e-formats.