Third Bridge to the “Other Side” 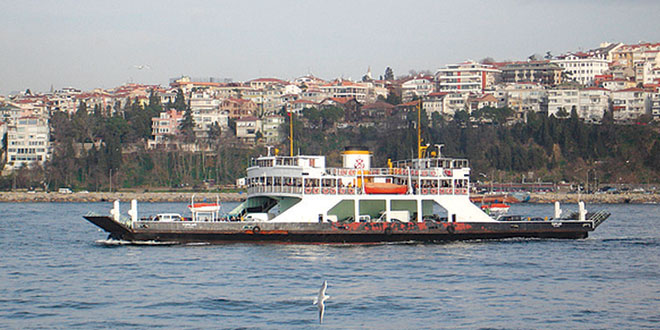 Growing up in Istanbul in the 50’s and the 60’s the “other side” meant either the Asian side or the European side of the City depending on which side you lived on. The Bosphorus Straits, a waterway which divides the city into two distinct parts and carries the cold waters of the Black Sea in Northern Turkey towards the warmer Sea of Marmara and from there through the Dardanelle straits into the Aegean Sea and eventually into the Mediterranean. It is 20 miles long from end to end. Its width varies from 1640 feet up to 2 miles with an average depth of 197 feet. Strategically, it has been a very important waterway throughout the ages since it is the only warm water connection for the Russian Black Sea fleet.

I grew up on the European side of the City.  The Asian side was known to us who lived on the European side as the “other side.”  To us, the other side was almost like another country; a place where you had to go only if you “had to go” and a place we could see in the distance every day but had no idea what it was like to be there. I remember very clearly that some of our relatives lived in small neighborhoods on “the other side.” Our occasional Sunday family visits to these relatives’ homes were small adventures on their own.  There were no bridges or tunnels connecting the two sides of the Bosphorus and visiting aunts, cousins and various other relatives whose relationship to us were unknown to us as kids meant piling into our sky-blue 1956 Chevrolet Bel Air and drive down to the “ferry boat” landing and lining up behind hundreds of cars and trucks to wait for the car ferry to take us across to the “other side.” The car ferry was called “arabali vapur” which meant “boat with cars.” Some of these ships were converted troop carriers from WW II; some were locally built for the occasion. The locally built ships were two sided; you drove in forwards and drove out the same way. The converted ships only had one ramp. If you drove in forwards, you had to leave the ship in reverse.  My mother, not trusting this maneuver would take my sister and me by the hand and walk us out over the safety of the pedestrian plank as my father eased the car backwards onto shore. Then it was a long drive through cobblestone streets squeezed between old wooden houses that dated back to the glory days of the Ottoman Empire when they were occupied by members of the “palace” as their summer homes. Going back home after the visit was always the worst part of the adventure.  After a whole day of running around, visiting, eating and eating some more; we would start for home late in the evening and it would be dark by the time we got to the ferry station.  There would be lines of trucks carrying all kinds of farm products from Anatolia to Istanbul crowding the station. By the time we got on for the ride back home, my sister and I would be fast asleep.

This all changed in 1973 when the first “Bosphorus Bridge “ the fourth longest suspension bridge span at the time and the longest outside the USA was built, connecting Europe and Asia for vehicular traffic. The romance and adventure of crossing the Bosphorus on a car-ferry was gone forever along with a whole lot of other social activities which kept us busy during family weekends.

Then in 1988 the second Bosphorus Bridge was built and aptly named “Fatih Sultan Mehmet Bridge” named after 15th Century Ottoman Sultan Mehmed the Conqueror who took Constantinople (Istanbul) in 1453 and ended the Byzantine  Empire (a.k.a. Eastern Roman Empire). When it opened, it had the sixth longest suspension span in the world; today it is seventeenth.

Recently, the Turkish Government announced that a Third Bridge will be constructed soon. According to the Guardian “Recep Tayyip Erdogan, Turkey’s prime minister, who once said that a third bridge “would mean the murder of the city”, has thrown his weight behind the 2.2 billion dollar project and the bridge is now predicted to open as early as 2015. But environmentalists, urban planners and many Istanbul residents are furious at the plan, arguing that it will create more traffic, increase the number of vehicles in Istanbul and spell an end to the few remaining green areas and urgently needed drinking water reservoirs that have so far resisted the urban sprawl. Then there’s the lack of thorough geological research in a major earthquake zone.”

My feelings about bridges above the Bosphorus are more romantic than all the real numbers and environmental consequences. I think back to a time when I would walk a few hundred yards from my house located on a hill which rose sharply above the Bosphorus on the European side of Istanbul and come to an area locally referred to as “The Pines.”

This area was once the garden of an ancient summer house of one of the daughters of a Sultan, covered with very tall pine trees and remnants of what may have been a grand house. Two lion statutes stood at each end of a pool which was covered with all types of debris. From that point, I could see the Bosphorus clearly all the way to the Asian side where green hills rose up towards the sky and clouds. There were hardly any houses on those hills. The sight of  constant traffic of Russian and Romanian tankers carrying oil to all points around the world or returning from exotic destinations; small fishing boats bobbing up and down; fast moving military vessels and many other types and shapes of boats hurrying along would keep me occupied and fixated for hours at a time.

As a young child, I had always found it most romantic to look over the water to the “other side” and dream about riding a train towards Asia, passing through the great plains of Anatolia, see Iran, Iraq, Afghanistan and go all the way to Mongolia and someday reach Shanghai and the Pacific Ocean.

When the first bridge was built and opened to traffic, I was no longer living in Istanbul and upon hearing the news I remember getting sad and melancholic. Then the second bridge was built and two sides were connected forever. In October this year, a tunnel will connect Asia and Europe and the “other side” will get connected by a railroad under the Bospohorus.

The city has grown to 15 million plus and with the coming of the Third Bridge which will also have a railroad; Asia and Europe will forever get closer. One can only hope, beyond the romanticism of the whole thing; that Europe and Asia actually get closer by all these bridges and tunnel; culturally, politically and geographically.

As I sit here on a cool and partially cloudy Sunday morning, feeling somehow sad and melancholic about the third bridge, I fondly remember my mini-adventures visiting distant relatives “on the other side” some fifty-five years ago and feel bad that there may no longer be young men and women sitting on the side of a hill in the “Pines” area and fantasizing about the unreachable and the unknown…