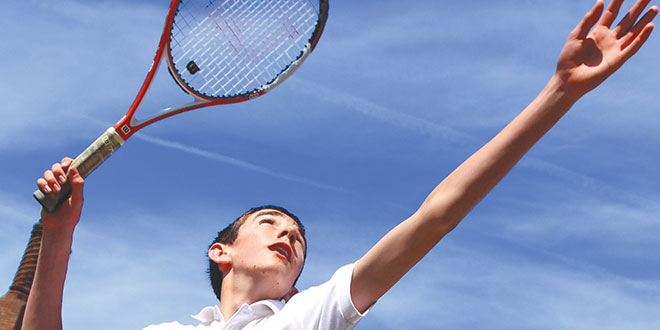 First and most importantly, Happy New Year to all of our tennis enthusiasts in Southwest Florida and around the world. There are so many reasons to be thankful, and tennis continues to thrive in the area.

Recently, I have been doing pro-bono work with a rising junior tennis player from California, and he has a solidly-built foundation. He lacks tournament proficiency, though.

His ultimate goal is to play college tennis, and he has the work ethic to pursue his dream. However, the world of tennis has produced thousands of great practice players, but too many fall short of their goals.

Pressure. Young emerging tennis players must face stressful situations in practice in order to face their fears. For example, doubles partners playing countless sets of singles will begin to lay the foundation. It is only natural for doubles partners to be competitive with one another, and hours of live action will enable each person to grow under pressure.

Whereas untested players who only focus on baseline drills will never truly understand how to build a point, without a doubt, one of the many reasons so many new players stay at the baseline is due to their lack of time venturing to the net.

Yes, it is true that the game has changed, and the baseline enthusiast is dominating the action. But, if the “newbie” player is encouraged to move forward and achieve success with strong volleys and overheads, we may see a change in strategy.

Case in point: As a young teenager playing hours on the slow Har Tru courts at the Milwaukee Town Club (home of United States Clay Court Championships), we were urged to be aggressive and move in to finish off the point.

And as we toiled on the Town Club courts each summer, we never complained about playing too many sets against one another. Heck, it was summertime in Milwaukee, and we were jazzed to play until darkness. When kids are having a good time, there are no limits.

It was a different era, but it was a supreme challenge to volley against a talented backcourt strategist. In other words, the slow court surface at the Town Club enhanced patient baseliners who hit cleaver passing shots (often the two-shot variety) and well placed lobs. So, if a net rusher moved in on a short chip approach, he would be in peril.

However, whether the results were favorable or not, practicing sets of tennis will enable the players to nurture and grow. For example, if the aggressive serve and volley player failed to hold serve, he would learn to alter his game and make future changes.

Imaginative coaches will make practice lively, fun and foster a great learning environment. The first objective has to be fun so it can be additive. Coaches who fall in love with their own knowledge tend to be a little dry and miss the point. It is about the student, not the coach, and he must adapt to the youngster.

In order to reach youngsters, pros must innovative and be excited and enthusiastic. Once the junior tennis player is engaged, he will start to learn the game and want to keep coming to practice.

If the new tournament participant double-faulted too much at the last event, the pro might suggest a one-serve only set of tennis. If one of the kids in the program was too nervous to go to the net, the coach may outline a match where one must return serve and come in. There are endless examples of effective drill-games, but players must learn to play points in a game or in a set.

As a long-time club professional, I have observed thousands of players who focus too much on the wrong items during their workouts. With so many recreational tennis players participating in CTA/USTA doubles matches, it behooves each player to focus on drills involving four players on court.

If it is impossible to field a foursome, no problem. If a particular doubles tandem emphasizes situations that occur in a match, the practice session will be fruitful. For example, cut the court in half and highlight diagonal drill points, which enhance the varying angles that occur during action.

To further enhance the point, doubles partners who practice down-the-middle groundstrokes or volleys are not accomplishing anything. In order to be a solid doubles player, one must concentrate on real situations. Believe me, hitting balls with no purpose is a complete waste of time.

When playing points, set up realistic situations. The score is 15-30, and you have missed your first serve. Where will you place the second serve, and what is your target after the return? The serving game is a struggle, and the score is tied at deuce. Is it a good time for the net player to poach? It is break point, and the right-handed receiver has hit big forehands to give his team the lead. Should the doubles team experiment and set up the Australian formation?

In summary, if a player wants to keep evolving, he/she must be willing to play hundreds of sets with a designed commitment. If the student loves the game, innovative practice sessions are pleasurable.

Remember, in order to seek improvement, players must feel “the heat” during each practice session. If not, USTA competition will gobble up too many combatants. It a player truly cares about his performance, she will want to play well, but in order to achieve happiness on court, one must be prepared.