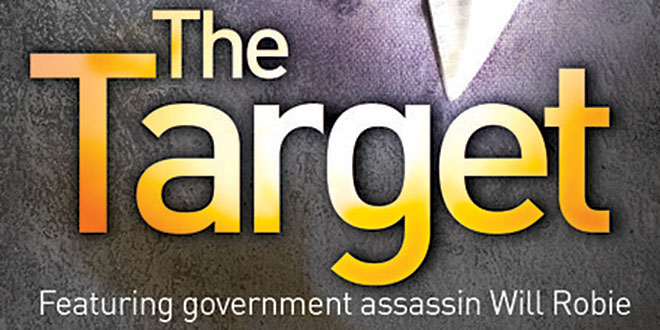 “The reader lives a thousand lives before he dies. The man who never reads lives only one.” – Jojen Reed, Game of Thrones

This is great summertime read — light, refreshing and engaging. Slip into the world of clandestine assassination and a female North Korean operative whose martial arts skills make Jason Bourne look like a slow-motion grandpa. Yie Chung-Cha spent most of her youth in a concentration camp, Yodok, imprisoned there with her entire family. There, she learned several languages as well as how to lie, cheat, steal and kill to such a superb degree that she is granted release from the camp after she murders her entire family. The supreme leader employs her services as his personal assassin. She is rewarded with a car, her own apartment, cell phone, international travel, and lots of money, at least compared to the average North Korean. Life in that country as described by Baldacci is stark and dreary, the population filled with a sense of hopelessness and paranoia. Food and fuel shortages leave some people literally starving or freezing to death in their own homes, but Comrade Yie is able to indulge her taste for hamburger and French fries weekly at a little place not far from her apartment.

In addition to Chung-Cha, the other assassins are Will Robie and Jessica Reel. If you are a Baldacci fan, you will likely recognize “The Target” as the sequel to “The Hit,” but this book stands alone. It is not necessary to have read any of the Robie books or even “The Hit” to enjoy this story. Will and Jessica are at a low point in their killing careers as the story begins, held in low esteem by their superiors, and are sent to The Burner Box and put through psychological and physical stressors in extremis. They need to prove their 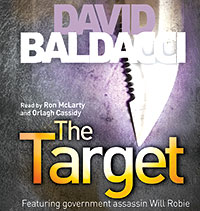 willingness to follow orders, no matter what. The President of the United States calls on Robie and Reel to carry out a mission that violates international law but will save the lives of millions of people, but Reel has a complication in her personal life that may embroil all those around her.

Chained to his bed in a hospital ward in an Alabama state prison, terminally ill Earl Fontaine pleads his case with the female attending physician to get a visit with his daughter Sally. While Sally testified against Earl, assuring his conviction years earlier, he claims he wants closure with her but only knows that she went into witness protection after his trial and does not know her current identity. The doctor arranges Sally’s visit. Coincidentally, Jessica is drawn into this questionable family reunion and Robie as well, since they have been inseparable after their Burner Box experience.

Baldacci tells the story mainly from the perspectives of Chung-Cha, Earl Fontaine, Will Robie and Jessica Reel. His excellent command of language provides a riveting unraveling of all the serpentine plot lines. There are actually at least four stories in “The Target,” each with a conclusion but each also a linchpin to more action in the subsequent story development. The structure is quite masterful. This is a page turner, very engrossing. I call it “light” because some aspects of it border on preposterous or at least are a bit saccharine, not to the point where one needs to suspend disbelief, but just indulge the author’s need for certain endings. Baldacci’s thorough knowledge of the law and political maneuvering keeps the story grounded, and his well-developed characters keep the reader anticipation’s stoked.

There are hints throughout the book that the Robie/Reel partnership is nearing an end, so I suspect there will be a final book in this series in a year or so. I for one will be sure to read it.

Rating: 4.25/5.0. This book is available in every format, literally everywhere including the Collier County Public Library.