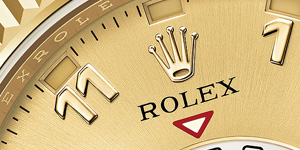 By Monte Lazarus
Bengoshi@comcast.net
A week ago I began writing the obituary for my Genuine Imitation Rolex Watch. After four years my Beloved Watch appeared to be on life support. Its arms were limp and running way behind other watches and clocks. No amount of sympathy and cajoling seemed to help. I was ready to pull the plug.

My memories of that Genuine Imitation Rolex are sweet indeed. It began with a trip back to China after 30 years. Many things have changed, but some have not. Shopping is a universal addiction. No tourist is safe or secure. We are all targets with gigantic “This is a Yankee” bull’s eyes on our backs. Armed with foreknowledge, however, we can be very crafty in our bargaining. So it was in China.

After countless days of meandering through Shanghai, Beijing and Xian we arrived back at Beijing for some rest and rehabilitation (“shopping”). Fortunately our guide, Mr. Prince, advised us to go to the Silk Market, just off Chang’an Boulevard. He explained that there are many grades of knock-offs in China, ranging from the very cheap and unworthy, sold on the street, to the highest levels that are indistinguishable from the original. Based on that advice, we joined with a delightful Canadian couple and headed off to the Silk Market. What a place! It’s about six floors of everything. On floor four, or maybe six, we found the watches. There must have been 100,000 of them in a room the size of Soldier Field in Chicago.

Let’s be clear. I had no use for a Genuine Imitation Rolex. I own several perfectly good timepieces, and I think a Real Rolex smacks of pomposity. However, a Genuine Imitation is another story (I rationalized); it’s a sort of put down I told myself. Anyone could buy a real one but you had to go to China to get the very finest Genuine Imitation.

At the fourth (or sixth) floor of the Silk Factory there it was, – a beauty, even to Rolex Haters. I asked the price. “Two hundred American dollars”, said the charming saleslady. I thought back to Mr. Prince. He told us, “Go very low because they are anxious to sell, and their starting prices are much too high. They will bargain, and be patient and persistent”.

“O.K., here goes”, I told myself. My dear wife repressed a giggle as I countered, “I’ll give you five”. The saleslady gave me her most studied, astonished look. “What? This is a perfect model. Just for you, I’ll give it to you for a hundred. But, you mustn’t tell anyone”.

“Sorry”, I replied, using my most clever bargaining ploy, “I’ll give you ten”. She pretended to think deeply and the bargaining continued, down and up, up and down. We finally settled on $19. I was triumphant.

When we returned to the States I unexpectedly found myself growing fond of my Genuine Imitation Rolex. For four years it ran perfectly, never missing a second, and never needing a battery because it has none. Then came the sad week. My tears flowed as I started writing, but I continued on and on.

As I just about finished I noticed something peculiar. A miracle! My Genuine Imitation wonder had sprung to life. It may be on borrowed time (pun intended) but I’ll take it.