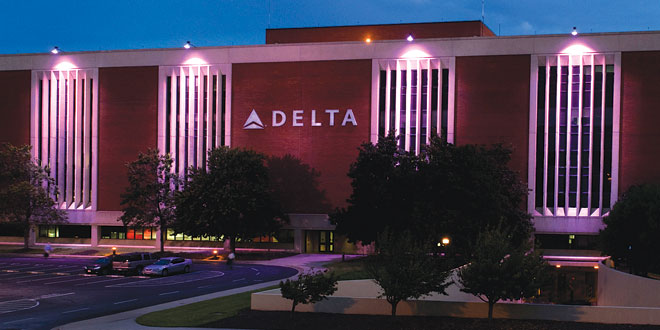 I first heard of the Breast Cancer Research Foundation (BCRF) a few years ago. A friend’s mother died of the disease and he wanted to find an “in lieu of flowers” cause whose administrative costs were low. As the only breast cancer organization to receive an A+ rating from the American Institute of Philanthropy (Charity Watch), BCRF was the one he chose.

Recently, I was made aware of Delta Air Lines’ annual participation in Breast Cancer Awareness Month and its strong support of BCRF. I spoke with corporate representative Paul Skrbec and most of the information in this week’s column comes from Paul and a press release issued by Delta. 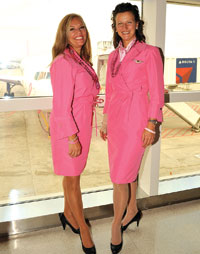 went from Atlanta to Detroit with more than 140 employee cancer survivors from locations around the world. During the rest of the year, the Pink Plane is in service helping to spread BCRF’s message worldwide. The present Pink Plane which was dedicated last year to the memory of Evelyn Lauder, the founder of BCRF, has flown approximately 1900 trips around the world.

In addition to the Pink Plane, Delta’s administrative building in Atlanta will be illuminated in pink lighting throughout October in support of BCRF. Delta employees will wear pink uniforms and sell pink products on board and in Delta Sky Clubs, including pink lemonade and pink headsets. All proceeds go to BCRF.

Since 2005, Delta’s employees, customers, friends and families have raised $6.7 million for the foundation with more than $1.75 million last year. Delta’s contributions have funded 18 different research projects over the years in the pursuit

BCRF was founded in 1993 by Ms. Lauder, the senior corporate vice president of Estèe Lauder and a breast cancer survivor, as an independent not-for-profit organization committed to funding scientific research to achieve prevention and a cure for breast cancer in our lifetime. This year, BCRF will award grants of $45 million to more than 200 international scientists at top universities and medical centers. At its inception, just $159,000 was given to eight researchers. Along with its A+ rating by Charity Watch, it has 4 stars from Charity Navigator. Ms. Lauder co created the iconic pink ribbon that has come to symbolize the fight against breast cancer.

This year, Delta Air Lines was named by Fortune Magazine as the most admired airline worldwide. The effort on behalf of breast cancer research and cure is personal for Richard Anderson, the CEO of Delta Air Lines; his mother died from the disease.