The Perfect Storm Around the Corner 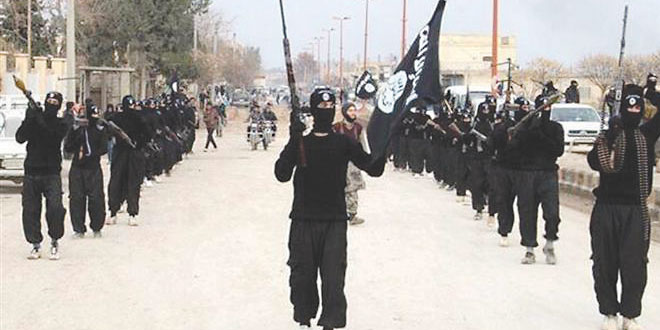 Our Government is having difficulty naming the enemy that we are facing. For the reasonable everyday person with even a minimum degree of education and cultural knowledge the enemy is easy to name. It is the same enemy which declared war on anyone who chooses not to agree with their religious beliefs. In plain English it is the same enemy which beheads, burns alive and massacres Christians, Jews, Yazidis or even Muslims who do not agree with superiority of Islam over all others. It is the so called IS (Islamic State) formerly known as ISIS, ISIL or Dash. Islamic State on the other hand, which has no problem identifying its enemy. IS hates you and you are the enemy.

If we are to succeed in stopping and completely destroying this 7th century mindset and its hateful followers, we have to be very clear when we define our enemy and discuss the danger it poses; not only upon us Americans and everything good about America; but to the rest of the civilized world as we know it.

Let us not forget that we can’t beat our enemies unless we can clearly define and name them.

Today the enemy of the freedom loving people everywhere is Islamist Terrorism fueled by Radical Islam which is sweeping Muslim communities around the world.

Those who will tell you “we are not at war with Islam” may actually be misleading you in trying to be politically correct.

Of course we are not at war with all 1.6 billion Muslims around the world. We never declared war on them nor do we intend to.

Actually, we are, or at least should be at war with those who want to behead us, burn us and otherwise kill us because of our religious beliefs which do not agree with theirs. We do not kill, behead or burn people alive because they are Muslims or because they practice a religion other than the religion we believe and practice.

We are at war, or at least should be at war with those who believe that their religion, in this case Islam, is superior to all other religions. Isn’t that why we fought against Adolph Hitler and the Nazis who thought they were superior to the Jews and all other minorities in Europe?

I ask you; what makes these savages any different now?

On June 29, 2014, the Islamic terror group proclaimed itself to be a worldwide caliphate and renamed itself the Islamic State (IS). Abu Bakr al-Baghdadi was named “caliph” of this new Caliphate. As a Caliphate, IS claims religious, political and military authority over all Muslims worldwide and that “the legality of all emirates, groups, states, and organizations, becomes null by the expansion of the caliphate’s authority and arrival of its troops to their areas”.

Most, if not all members of the Islamic Shura council which runs the day to day operations of the IS are previously high ranking members of the Saddam military as well as the Baath Party which ruled Iraq prior to the US invasion which defeated them.

They are in charge of tax collections, oil revenue receipts and dispersions as well as arms purchases and international payments.

Islam, which literally means “surrender” or “submission,” was founded on the teachings of the prophet Muhammad as an expression of surrender to the will of Allah, the creator and sustainer of the world. As a religion, with over a billion followers around the world, Islam must be respected as a legitimate religion by everyone as long as it does not pick up the sword, put it on the necks of Christians and Jews to try to convert them.

Unfortunately under the so called Islamic State which is a Caliphate that interprets the Holy Book Koran according to the norms and ways of the 7th century; no one is spared the sword.

We as Americans must understand that the IS has declared a “holy war” whose sole purpose is fighting and subjugating what they deem as infidels – Christians and Jews in particular- and the West in general or the millions of non-Muslim minorities under Islamic regimes.

Islam as practiced or followed by the so called Islamic State is at odds with freedom. It endorses polygamy, anti-Semitism, genocide, pedophilia, hostility to free speech, inequality in regards to women and non-Muslims and is against free enterprise. Their limited interpretation of Islam straight out of the Koran and Hadiths goes against the established culture of western civilization and is totally at odds with Christianity and Judeo-Christian values.

The so called Islamic State is an off-shoot of the al-Qaida organization we know so well. The IS came to prominence only because they did not believe al-Qaida was radical enough or was doing enough to promote and push forth the ideal of a worldwide Caliphate which ruled according to Sharia or the law based on the Koran and Koranic verses.

Putting aside various names and identities they take on and despite our President’s claim that the “Islamic state is not Islamic”; these Islamist terrorist groups all have one common background and one common goal.

They are all Muslims with the common goal of establishing a worldwide Islamic Caliphate and kill or destroy all non-Muslims who will not convert to Islam.

(A Caliphate is a form of Islamic government led by a Caliph; a person considered a political and religious successor to the prophet Muhammad and a leader of the entire Muslim community.)

Establishment of a worldwide Islamic Caliphate was Osama bin Laden’s dream. He looked at a map of the world, marked every country which produced vast quantities of oil and noticed most if not all of these countries had majority Islamic populations. He wanted to put all these countries under one Caliphate rule and using their oil revenues, hold the West hostage to an ever growing avalanche of Islam around the world. Oil was to be 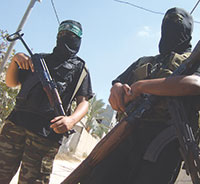 He almost succeeded in his dream. September 11 was a huge operation which was thankfully cut short. Had it not been stopped in a timely fashion, it would have put America down for a long time, while the followers of Osama bin Laden would consolidate the Islamic countries under one Caliphate rule.

Should the so called IS succeed in its goal of uniting most Islamic countries around the world under its caliphate, this would certainly pose a huge danger to the rest of the world.

In my opinion, and in addition to the danger this Caliphate would pose to the world, it would indirectly affect all of us as a war unlike any other war humanity has ever known may start between the Shiites and the Sunnis for the leadership of such a vast caliphate.

We must all understand that in its purest form, as practiced by 1.57 billion adherents, making up 23% of the world population in 49 Muslim majority countries, Islam is a religion that has not gone through any reforms since its beginning back in the 7th century.

Terrorist activities in the name of Islam are not limited to events in the Middle East by any means.

Boko Haram in Africa, another Islamist terror group related to al-Qaida, has its eyes on taking over the government of Nigeria (an oil rich state, with a population of 180 million people of which 47% are Sunni Muslims living in the northern part of the state.)

They are also operating in the area known as the Maghreb (Mauritania, Western Sahara, Morocco, Algeria, Tunisia, Libya, Mali and Western Egypt.)

Malta, Sicily and the Iberian Peninsula are included in the so called Islamic State’s territorial wish list. These were areas which were once under Islamic rule.

A few weeks ago, the so called Islamic State issued the following manifesto which sheds a light on their plans and ideals:

I quote from the manifesto:

“You will pay the price as you will be afraid of traveling to any land. Rather you will pay the price as you walk on your streets, turning right and left, fearing the Muslims. You will not feel secure even in your bedrooms. We will strike you in your homeland, and you will never be able to harm anyone afterwards. We have warned you that today we are in a new era, an era where the [Islamic] state, its soldiers, and its sons are leaders not slaves. They are a people who through the ages have not known defeat. The outcome of their battles is concluded before they begin. Being killed is a victory. You are fighting people who can never be defeated. They either gain victory or are killed. Either way they win.

We will conquer your Rome, break your crosses, and enslave your women, by the permission of Allah.”

Threats have been issued citing possible attacks on shopping malls in America. Whether these are real or not is immaterial. Terrorists issue threats, peaceful people are affected. That is how they scare populations, force people to make bad decisions.

Is there anything we can do to stop this evil?

Unfortunately, without America’s proven leadership and guidance, there is very little others can or will do.

European countries have to tread carefully because of their huge populations of Islamic citizens some of whom have already gone and fought alongside the IS fighters in Syria and are now coming back home more radicalized than before they left.

Africans from the affected areas are pouring into Europe through Southern Italy.

A number of young men and women from America have also gone to Syria, joined ranks and fought with the IS and are now coming back home.

Inaction is not an option!

Just remember what happened in Germany while the entire world watched and did nothing to stop the atrocities until America finally got involved.

Unfortunately present American Administration is showing a total lack of world leadership in the struggle against IS. The leadership is either incapable of understanding the situation or being influenced by people in positions of power having their own personal agendas.

Either way, the results of inaction may be disastrous for America and the West.

How do we stop this movement which beheads journalists, kills aid workers, cages and burns its prisoners, beheads people on a beach only because they are Christians and attacks a Jewish deli in France to kill Jews whose only crime that day was to go shopping?

Those who commit these crimes against humanity are savages regardless of what they choose to call themselves.

And we should treat them like we treat all savages.

Blaming ourselves from the Crusades all the way down to bad living conditions and joblessness in Islamic countries will not get us anywhere.

We need a complete strategy which involves ground forces and massive air power. This effort must be coupled by counter-propaganda offensives in social media to stop innocent young men and women from believing the lies and false messages put out by the terrorists.

This will be a long war.

The perfect storm may be around the corner should Iran obtain nuclear weapons as a result of a pathetic agreement we are about to sign with them.