The Pearl That Broke Its Shell: A Novel 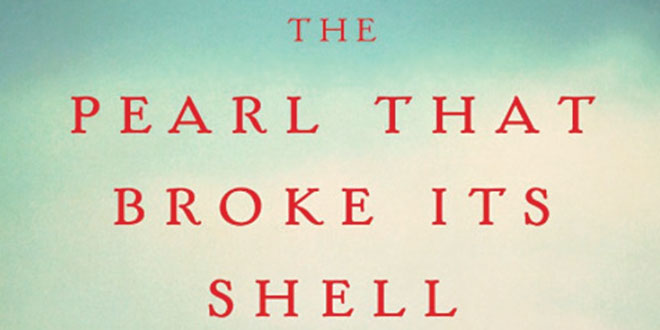 “You know what they say about the human spirit? It is harder than a rock and more delicate than a flower petal.” – Khala Shaima, The Pearl That Broke Its Shell: A Novel.

In her debut novel, Nadia Hashimi has gifted the world with a wonderfully written, mesmerizing look into a fascinating family drama set in Afghanistan. The main protagonists are Rahima, a young 21st century Afghani girl and her great-great-grandmother Shekiba who lived in the early 20th century.

The story shifts between the young women who share not only DNA, but the fact that both were allowed, for awhile, to dress and live as males. Under a custom called bacha posh families who do not have sons or have a single son may allow a daughter to have her hair cut in boy fashion, don boy’s clothing, be given the freedom of boys to attend school, play in the streets, do marketing and price haggling for the family, earn money for the family, are freed from household chores, are favored by the father and receive the best food at home. After the onset of puberty, the girl has to transition back to a traditional Afghani female, wherein lies much of the poignancy of this exquisite story. Once they have tasted freedom, recognition and respect, the bacha posh can have difficulty adjusting back to their culture’s traditional female role.

Rahima, allowed to become a bacha posh, is one of five daughters. Her outspoken, sharp-tongued maternal aunt, Khala Shaima, who never married due to a physical deformity, visits the family frequently to urge that the Rahima and her sisters be allowed to attend school, that they are as worthy as boys. She also tells them many stories, including that of Shekiba, their great-great-grandmother. Although the girls are allowed to attend school for a short time, after an incident with boys harassing them in the streets, they ultimately end up homebound. Rahima’s father is not a good provider, and had spent much of his young adulthood fighting with the mujahideen against the Russian occupiers. His re-entry to civilian life did not go well. Between his substance abuse and his lack of a son, he was an angry, bitter man. His continued alliance with the local warlord from his mujahideen days will have drastic consequences for his family.

Shekiba was the daughter of a happily married couple. Her father was a farmer who could make any crop grow, a true man of the earth. He taught all of his children to read. Her mother, two brothers and a sister died in a cholera outbreak, leaving Shekiba and her father working the farm. After father dies, Shekiba tells no one and continues to work the farm on her own, dawning her burqa if anyone approaches the homestead. Eventually her deception is discovered, she is moved to her grandmother’s house in the family compound and treated worse than a servant. Her spirit is fatigued at times, but never defeated. Shekiba becomes a female dressed as a male in the king’s harem just outside the palace. The king has learned not to trust male guards.

The description of Shekiba’s life in the harem is interesting and very compelling. The prestige of the concubines, the size of their apartments, their wardrobes and jewelry, were determined by 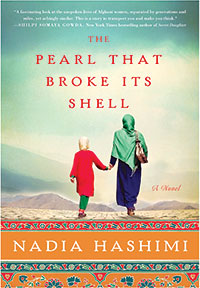 the favor they held with the king. For the most part, this was dependent on the number of male children the concubine bore. The same measure used for Afghani wives, actually. Despite the luxury and leisure afforded concubines, there was always a shadow of danger hanging over them in their silk and jewelry-laden prison. Displeasing the king could be deadly. There is a vivid description of a stoning of a concubine who has entertained another man.

This story is fascinating. Not only is it beautifully written, but the two arcs of the story, Shekiba and Rahima, based a century apart, show the similarities and contrasts of the female role in Afghani society. Shekiba saw the beginnings of modernization for Afghanistan under King Amanullah and Queen Soraya, which included the expansion of the roles for women in society (true historical characters). A century later, Rahima actually participates in the Afghani legislature as assistant to a female representative.

King Amanullah’s efforts to modernize Afghanistan a century ago were met with resistance and rebellion, eventually forcing him into exile after less than a decade of rule. It is still an open question whether today’s efforts to modernize the country and expand the role of women in the Afghani culture will succeed. The message of this book is that through the indomitable nature of the human spirit, there is hope, no matter the external circumstances of one’s existence.

I gave this book a 4.75/5.0 rating. I hated to put it down to work, eat, sleep, and actually read it while I was on the treadmill and bike at the gym. I have barely sketched the stories of these two women; there are many other characters in the book who are just as mesmerizing. The most intense focus is on the women, but the men’s stories are represented as well because more than anything else, this is a novel about family. The men’s fates are also shaped by cultural expectations and how they use the power endowed by their societal structure has consequences for everyone around them. Some choose to brutalize others with this power, while other men choose kindness, empathy and love.

Although not available at Collier County Public Library yet, it can be found in hardback, paperback, audio, and e-format in the usual markets.

The title, “The Pearl That Broke Its Shell,” is a line from a poem/prayer “Some Kiss We Want,” by the 13th century Persian (born in today’s Afghanistan, part of the Persian Empire at that time) poet/mystic Jlal Ad-Din Mohammad Rumi.

There is some kiss we want

with our whole lives,

the touch of Spirit on the body.

to break its shell.

And the lily, how passionately

it needs some wild Darling!

At night, I open the window

and ask the moon to come

and press its face into mine.

The moon won’t use the door,

Nadia Hashimi is a pediatrician practicing in Washington, D.C. Her Afghani parents moved here to the United States in the 1970s, prior to the Soviet intrusion into their country. She grew up in New York and New Jersey, and lives now in Maryland with her husband and two children. I am in awe that she found the time to write this novel, but I selfishly hope she does it again soon. I urge you not to miss this extraordinary book.

I want to thank Diane Bostick for giving me a heads-up on this lovely, compelling story.