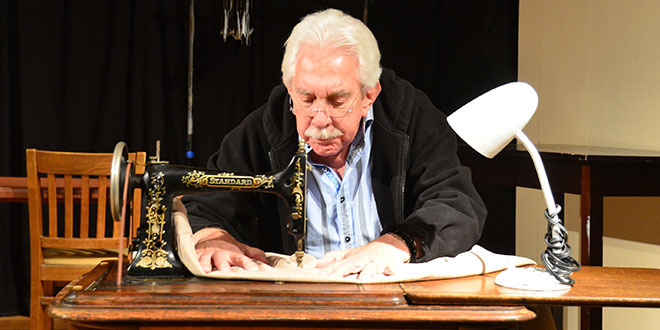 The Interview, written by Peter Swet, is about Abie Moscowitz, an aging Jewish tailor (Victor Caroli) who owns a run-down tailor shop. He receives a visit from James Shannon (Greg Madera), a workaholic investigator who comes across as arrogant and insensitive and is determined to find out the reasons Abie wants to increase the value of his life insurance policy. Reluctant and guarded at first, Abie becomes more agitated under Shannon’s relentless questioning. As buried truths come out, so do Abie’s emotional memories about his past life.

“This is not a frivolous play, it is an actor’s play, a tightly written play. I wanted to direct this play because it presents a challenge to portray the shifting 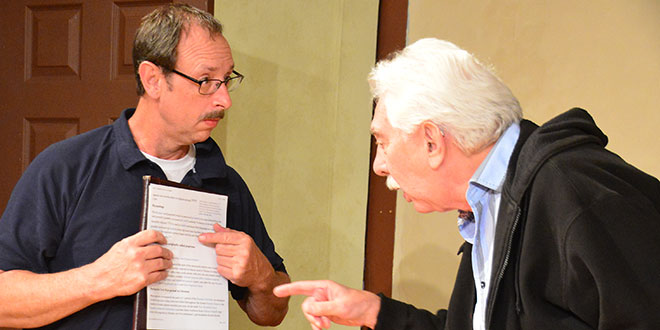 power balance between the two characters.” says director Jim Corsica. In the end, there is a real and touching moment of communion between the two men—and a magical sense of understanding and compassion. “When I saw this play a few years back, it left me speechless. The Marco Players had to do this play,” says Beverly Dahlstrom, Artistic Director.