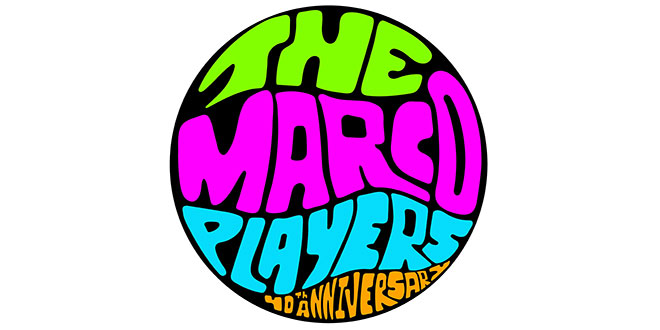 When The Marco Players raises the curtain for its 2014-2015 Season, the oldest not-for-profit theater on Marco Island will launch its 40th season of live performance art with Main Productions, Special Productions and a Lunch Box Series.

Started in 1974 as a children’s play reading group, it was eventually re-created as an adult community theater known as The Marco Island Players.  Originally, a for-profit theater, the Players incorporated as a non-profit corporation in the mid 70’s and is now known as The Marco Players.

Season subscriptions offer discounted ticket prices. Tickets are now on sale at www.TheMarcoPlayers.com or call the box office at (239) 642-7270.

Sunset Park is a contemporary comedy/drama that takes place in Brooklyn, New York. Evelyn Horowitz, a widow in her seventies, lives by herself and is a part-time teacher. Her apartment building is going co-op, but she can’t afford to buy in and cannot, by law, be asked to leave. When, her middle-aged children, Carol and Roger, hear about it, they realize that there’s money to be made in the long run. And that’s when the problems start – when money enters the picture, conflicts arise and old secrets come out.

Have you ever been tempted to flee your own life? Becky Foster is caught in middle age, middle management and in a middling marriage. One night a socially inept and grief-struck millionaire stumbles into the car dealership where Becky works. Becky is offered nothing short of a new life…and the audience is offered a chance to ride shotgun. Becky’s New Car is a comedy with serious overtones, a devious and delightful romp down the road not taken.

The Interview by Peter Swet

Abie Moscowitz, an aging Jewish tailor is visited by Shannon, an arrogant investigator, who is suspicious about Abie’s motives to increase the value of his life insurance policy. Abie gradually wilts under Shannon’s relentless questioning, and we learn the terrible facts of his past life—his concentration camp experiences, and the murder of his family. And, at the same time, we become aware of the terror in Shannon’s soul too, the vulgar bravado he has assumed to mask his insecurity and fear of failure in the competitive rat race of money and status. In the end there is a real and touching moment of communion between the two men.

Love, Loss and What I Wore by Nora Ephron & Delia Ephron

Based on the book by Ilene Beckerman, Love, Loss, and What I Wore is a play organized as a series of monologues and uses a rotating cast of six principal women. The subject matter of the monologues includes women’s relationships and wardrobes and at times the interaction of the two, using the female wardrobe as a time capsule of a woman’s life.

Students from Marco Island Academy perform some of Shakespeare’s most famous sonnets and scenes from Romeo & Juliet, A Midsummer Night’s Dream, Hamlet, Macbeth, The Tempest, and more!

Performed by improvisation comedians, this is an evening of fun and laughter — Let’s Make Stuff Up!

The Merry Housewives of Windsor by William Shakespeare

One of Shakespeare’s most delightful comedies, Sir John Falstaff is hard up for money and wants to restore his riches. But, the wooed Windsor women see through his schemes.

Students from the Marco Island Academy dig into one of William Shakespeare’s most troubled characters in this refreshing performance of Macbeth.

An original one-woman show about Margaret Sanger, the founder of Planned Parenthood and her struggles to bring birth control to women.

A restless married couple is thrown into disarray when Wanda, an old high school sweetheart, comes to visit.