The House of Horrors- Part VII Are We There Yet? 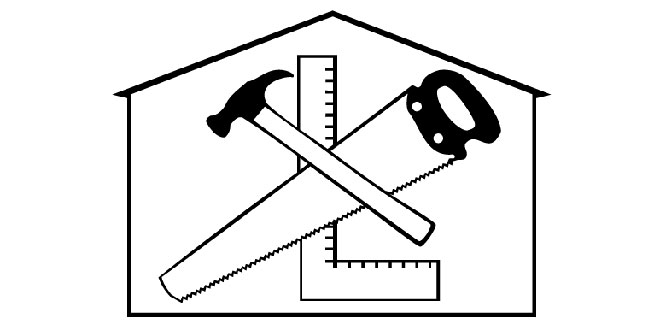 When I began this incredible journey of necessary home repair following a flood from a leaky roof ten months ago, I had no idea it would take so long and lead me into the unknown. When I began writing about it, I wasn’t motivated by revenge or any other evil thought, it just seemed to me that almost everyone I spoke to about contractors and home repair had a horror story to tell. If you don’t, I’d say you are among the minority and very, very fortunate. Hopefully this saga will prevent some from making the mistakes I made, mainly trusting dishonest people. I hope it will encourage others to become more proactive sooner. Just as with health care these days, you need to be a strong advocate for yourself or to hire one you can trust. Keep your ‘BS meter’ running at all times, trust your instincts, and if it walks like a duck, shoot it!

A secondary bonus for me was the cathartic experience I achieved when putting it all down on paper, knowingly being prepared to relive the pain I felt as it happened.

“I don’t know how you survived,” most people say. I don’t either. Even now I am afraid to estimate the time it will take to be completely finished. Although there is not very much to do, it seems to be taking a very long time to do it. The worst part for me personally, and you will understand this as you age, is that I lost almost a year out of my life feeling myself disintegrate physically from a very active and energetic person, trying not to resent those who put me in this position.

The electrician did a great job of hanging the replacement dining room fixture that was broken and helping me choose some dynamite white LED fixtures for the kitchen, where it now looks startlingly brilliant any time of the night or day.

One worker began the tedious work of going over the ginormous punch list of unfinished and damaged items, so we know we are headed towards completion. He is a treasure and I have confessed if he were a little taller and a little older, I’d feel compelled to marry him. From what I have observed, he is cheerful all the time and there is nothing that he cannot repair. He is one of very few who announced his arrival and departure every day, was punctual, and left his work area cleaner than he found it. He left a few things unfinished and I hope he remembers to come back soon — or rather that they remember to send him back.

For my part, I began unpacking the many cartons of dishes and glassware after first ‘taking the pledge’ to rid myself of as much clutter as possible. I started as soon as the workers left on Friday, knowing with any kind of luck they might return on Monday and would need access to the counters to finish installing lighting. As I washed and dried each item I placed it on the counter and soon I had mountains of breakables to put away. I became quite ruthless about what I kept and what I put in boxes to donate. In order not to fall apart, I worked for an hour and then sat down and rested. During a recess, I heard one of those sounds one never wants to hear: the sound of something hitting the floor and likely not surviving. With heavy heart I headed for the kitchen, wondering which treasure I would be burying and hoping it was one I discarded.

Oh no — one of the skylights fell out of the ceiling, barely missing the coffee table and destroying its inside cover. I hesitate to estimate how long this will take to replace. Another call to the roofer. If I didn’t see it I wouldn’t believe it.

As I removed some items from the coffee table, I noticed a distinct ‘tilt in its kilt’: whoever had pushed it into a corner and draped the carpet over it, did a good job of disguising that they had broken off two of its feet. Can you hear it now? “Wasn’t me!”

We are now at the end of April and frankly, everything could have been finished in the last ten days. I contacted the roofer about the broken skylight cap and was told, “It’s on order.” Funny how one can go online and see exactly what is needed, with overnight delivery. Sure doesn’t make you feel special!

It is now mid May. Diana appeared last week and we went over everything that needs to be finished. For the first time I gave her a deadline: May 31 – of this year. I also contacted the roofer and stated that it does not take three to four weeks to order and install the cap to a skylight — no reply as yet.

Very amusing – as I write this and plan to leave the house shortly, I get e-mail from the roofer telling me they are coming today. Wouldn’t it be nice to have some warning? For the first time, I put them off and tell them tomorrow will work better. They agree — I hope I see them.

Two final end boards for the kitchen are holding up its completion and Diana is as frustrated as I am over their non-arrival. The lights under the counters need to be finished, their wires covered. A couple of closet doors were damaged during the floor tile installation and rather than repair them, new doors have been ordered. A few baseboards and toe kicks need to be replaced. The floor itself needs to be gone over completely, missing grout added and all of it sealed.

The entire house needs to be deep cleaned.

Taking a leap of faith, I called the air conditioning company to clean and replace the filters this week, long overdue. Next week I will contact the piano tuner, also overdue.

I had really hoped to be able to serve up a list of very reliable workers and contractors to all the faithful readers who might need them. If you have been following this series you will know why, in an effort to be honest, I cannot do that. However, I have become very fond of ‘Diana’ and have a lot of respect and admiration for what she does and how she does it. She works independently for the contractor and I would not hesitate to recommend her. The plumber, electrician and handyman have also been excellent.

The kitchen is at least functional now and a pleasure to work in. As you can see from the accompanying picture, just as with the rest of this house, this is not a room waiting to be photographed for Architectural Digest or House Beautiful — it is a working person’s kitchen where real cooking takes place almost every day.

I appreciate the loyal readers who have taken this journey with me and bid you all farewell, hoping to meet under more pleasant circumstances.

Good luck with your home repairs — you will need it!