The Harder Leo Worked, The Luckier He Got 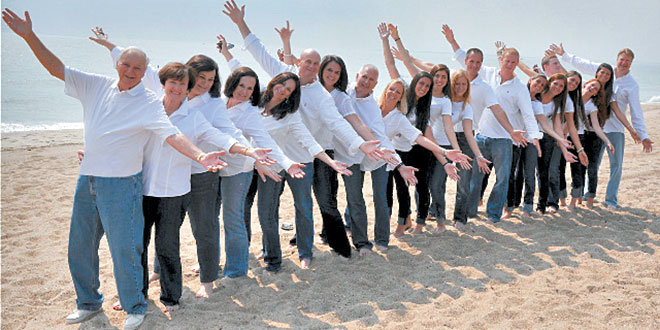 Leo Sutera is a lucky man.

At the young age of 54, Leo Sutera sold his successful business and retired. In the years to follow, he travelled extensively with his family within the U.S. and internationally. Leo, now 83, lives at Hideaway Beach with Barbara, his wife of 58 years. The couple also enjoys time at their condominium in Middleton, Massachusetts.

Although many people would agree that Leo Sutera is a lucky man, it was hard work, not luck, which brought him such great success.

Leo Sutera, his view at Hideaway. Photos by Jessica Hernstadt

school to begin work. At only fourteen years old, he became a fisherman, working as hard as the grown men beside him. Paid less for his young age, his hard work was eventually recognized, earning him equal pay to the adults. He worked as a fisherman until he was 22 years old, when Leo began work as a truck driver for a fish company in Boston.

But it was his stint as an insurance agent for Metropolitan Life Insurance that marked the turning point for Leo. He discovered that he was extremely good at sales. Leo possessed a winning combination: Strong determination and natural people skills. Before long he was honored as Agent of the Year. But 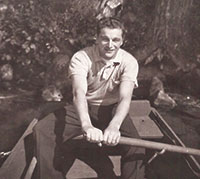 when Leo was offered a promotion managing five other employees, Leo realized that there wasn’t much higher to go. Instead of accepting the promotion, he quit, determined to be his own boss in his own business.

At the time, he and wife Barbara had two young daughters and a mortgage to pay.

Leo returned to fishing for a short time, and then worked his way up the ladder at Genoa Packing Company, a wholesale meat company in Cambridge, Massachusetts. Here Leo continued to shine, in sales and 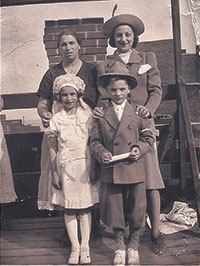 management. Customers learned that Leo was sincere and honest. And employees thrived under Leo’s guidance. But still Leo says, “Despite my accomplishments and the recognition that I was receiving, I still felt something was missing. I knew if I could find a business to buy I could grow it and make it successful.”

Then one day in 1967 Leo came upon a mom and pop pasta business in Revere, Massachusetts. He convinced the owners to sell to him, and Louise’s Ravioli Company was born.

The company logo became a drawing of Louise, Leo’s mother, and it was placed on all the product packaging. Leo’s mother was so proud that she

carried an empty ravioli box in her pocketbook to show her friends.

Immediately Leo improved the products, using only the finest high-quality ingredients. “I wouldn’t make or sell anything that I wasn’t extremely proud of,” he explains.

In the early days Leo did whatever was necessary to grow the business. He used an ice cream truck for deliveries and ran double shifts to fill orders. His family, including the children, pitched in when they could. He tirelessly went on sales calls, saying that he “didn’t know what ‘no’ meant.”

His hard work paid off, and Leo successfully grew the company. More than 250 people worked at the ravioli plant. And at one time Louise’s had a 72% share of 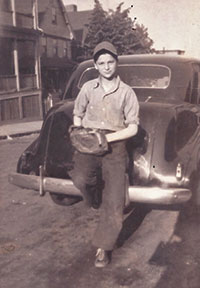 the market in New England.

Leo was inducted into the Massachusetts Food Association Hall of Fame. He is also the past president of the New England Food Foundation.

We asked Leo for some tips for success, and he said that in addition to hard work, “the thing you need to have is common sense.”

A Life of Philanthropy

Giving back has played a big part of Leo’s life, both before and after his retirement, and he has been involved with many organizations and fundraisers in the community.

He says that he “thanks God” that 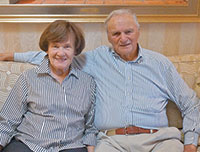 Barbara and Leo Sutera at their home.

he is so fortunate, and he is “always concerned with the less fortunate.” Leo has cooked and served meals at St. Matthew’s House. He is a member of the Knights of Columbus and Kiwanis. He also helped organize a fundraiser at the Island Country Club for the Ara Parseghian Medical Research Foundation for Niemann-Pick Type C disease.

Many of the efforts Leo supports benefit our veterans, “I have a lot of respect for the veterans,” he says. He was fundraising co-chairman for the Veterans Memorial, the Wounded Warriors and the Marco Island Big Flag Committee.

Even in his philanthropy Leo has a “get it done” attitude that brings results. On a visit to the school in his old

neighborhood he noticed that the classrooms were cold, and the students wearing their coats indoors. He was told that the heater was broken. Leo got on the phone and made all the arrangements to purchase and donate a new heating system and have it installed at the school.

Leo is also a member of the Marco Island Italian American Club, the Marco Sport Fishing Club, and the past president of the Island Country Club. He was also a country club board member for the Salem Country Club while in Massachusetts.

Family is central to Leo’s story, and he recognizes that “there is nothing more important than my family.” He bluntly tells me that he will “live

Leo with his children and grandchildren.

and die for them.”

Leo and Barbara have five children and ten grandchildren. Seven of Leo’s grandchildren are in college and three have already graduated. Four more will be graduating this year.

Leo and Barbara try to take a family trip or have an organized family weekend each year. Some of the international family trips have included Austria, the Bahamas, Barbados, Cancun, Hungary, Ireland, Nova Scotia, Scotland and Italy; and within the states the family has travelled to Colorado, Connecticut, Florida, Maine, Massachusetts, Montana, New Hampshire, Pennsylvania and Rhode Island.

For Leo and Barbara’s 50th anniversary the family took a trip to Italy. They had their own tour bus for the large group of 20 children and grandchildren. And 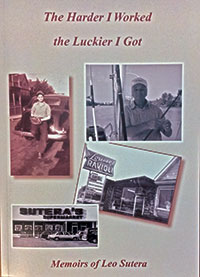 this past Christmas, 21 of Leo’s family travelled together to Punta Cana.

Leo wrote a book for his family, chronicling his family’s arrival in the United States and his rise in the business world, “The Harder I Worked, the Luckier I Got.”

The title comes from a comment made by Barbara, after hearing Leo’s friend tell him, “Leo, you are so lucky!” She saw it differently, being side-by-side with the hard working Leo from the very beginning. She remarked to Leo, “The harder you worked, the luckier you got.”

Each of Leo’s children and grandchildren has a copy of the book, filled with Leo’s common sense, tried-and-true life lessons, to enjoy and share with generations to come. Barbara and Leo will celebrate 59 years together this June.

2 responses to “The Harder Leo Worked, The Luckier He Got”