The Daring Kidnapping of Barbara Mackle – Part 1 of 3 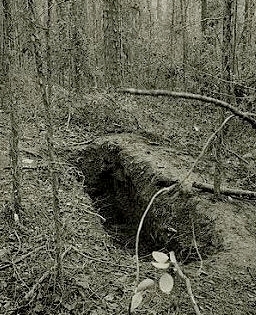 After the grand opening of Marco Island on January 31, 1965, the Marco Island Development Corporation, a joint development venture between the Mackle Brothers and the Collier family was going gangbusters.  By 1968, with lot prices averaging $10,300, land sales were totaling $11 million, while the sale of homes had reached $3.5 million.  The value of Deltona stock, the Mackle Brothers’ company, had climbed from $12 per share in 1963 to $20 per share by the start of 1968 and was providing a return of 12% after taxes!

By early 1968 the three Mackle brothers, having finished the dredging of the area east of Castaways and Greenbrier Streets, moved their dredge south into the future Landmark waterway by cutting through SR 92 (the future San Marco Road) east of Buttercup and Robin Courts. With the incredibly high occupancy rate at the Voyager Hotel, the decision had been made to develop this area of the Island next.  Before long, the old road to the tracking station became Landmark Street as the large Landmark Waterway was cut out of an old swamp. By the fall of 1968, the dredge cut a channel north of Winterberry Drive and was moving toward Roberts Bay.  Meanwhile, the funding of the high span Marco Bridge, having been secured by future bridge tolls, was under construction and scheduled to open the following year, 1969. Things were going fabulously and the three Mackle brothers Frank Jr., Elliott, and Robert dominated the Florida development world as owners of a $65-million dollar empire.

All of this excitement slammed to a halt in the early morning hours of December 17, 1968 when the Mackle family received grim news: Robert Mackle’s 20 year-old daughter Barbara Jane had been kidnapped in Atlanta, Georgia. Robert’s wife Jane had traveled from Coral Gables to visit Barbara, a student at Emory University, and they both moved into a nearby motel so that Barbara could recover from  the Hong Kong flu that was spreading through the campus and study for her final exams. A man who identified himself as a detective knocked on the door of Room 137 of the Rodeway Inn at 4 a.m. and said he had information about an auto accident involving someone in a white Ford, suggesting it could be Barbara’s boyfriend Stewart who had been hurt. Mrs. Mackle opened the door to confront a masked man carrying a shotgun and a smaller person wearing a ski mask. They burst through the doorway, bound and chloroformed her, quickly seized Barbara in her red and white nightgown and put her into their car and drove off. Mrs. Mackle was able to free herself enough to call for help. Soon the police arrived.

Barbara, meanwhile, was driven northeast of Atlanta by two people: a man and a smaller person she thought was a boy. She was told to be quiet and ask no questions about where she was going or what would happen to her. In a wooded area 20 miles north of Atlanta where she was allowed out of the car, she faced a pre-dug hole and a coffin that she was ordered to enter.  She pleaded with her captors and told them that she would do anything if they would just not kill her or put her in the box.

She repeated over and over: “I’ll be good.”

Barbara was told that she would live if she cooperated; chloroform was put over her mouth and she was forced to lie in the box, as Polaroid photos were taken of her holding a hand-lettered sign that read “Kidnapped”.  The top was screwed down and she could hear the sounds of freezing dirt being shoveled on top of her.  Within a few moments, she lay buried alive with eighteen inches of earth between her and freedom.

Her kidnappers told her in detail that her tomb was equipped with sufficient food and water (which was laced with sedatives), a blanket, a sweater, a fan, two vent tubes that went to the surface to provide air, sanitary supplies, and a small light. In addition, she was given a long typed note that told her about a ransom being demanded and that she would be freed no later than Christmas: this was eight days away.

These are the typed survival instructions left in the capsule by the kidnappers for their victim Barbara Mackle:

DO NOT BE ALARMED. YOU ARE SAFE.

YOU ARE PRESENTLY INSIDE A FIBERGLASS REINFORCED PLYWOOD CAPSULE BURIED BENEATH THE GROUND NEAR THE HOUSE IN WHICH YOUR KIDNAPPERS ARE STAYING. YOUR STATUS WILL BE CHECKED APPROXIMATELY EVERY 2 HOURS.

THE CAPSULE IS QUITE STRONG, YOU WILL NOT BE ABLE TO BREAK IT OPEN. BE ADVISED, HOWEVER, THAT YOU ARE BENEATH THE WATER TABLE. IF YOU BREAK OPEN A SEAM YOU WOULD DROWN BEFORE WE COULD DIG YOU OUT. THE CAPSULE INSTRUMENTATION CONTAINS A WATER SENSITIVE SWITCH WHICH WILL WARN US IF THE WATER ENTERS THE CAPSULE TO A DANGEROUS DEGREE.

YOUR LIFE DEPENDS ON THE AIR DELIVERED TO YOUR CHAMBER VIA THE VENTILATION FAN. THIS FAN IS POWERED BY A LEAD-ACID STORAGE BATTERY CAPABLE OF SUPPLYING THE FAN MOTOR WITH POWER FOR 270 HOURS. HOWEVER, THE USE OF THE LIGHT AND OTHER SYSTEMS FOR ONLY A FEW HOURS COUPLED WITH THE HIGHER AMPERAGE

DRAIN WILL REDUCE THIS FIGURE TO ONLY ONE WEEK OF SAFETY.

SHOULD THE AIR SUPPLIED PROVE TO BE TOO MUCH YOU CAN PARTLY BLOCK THE AIR OUTLET WITH A PIECE OF PAPER. A MUFFLER HAS BEEN PLACED IN THE AIR PASSAGE TO PREVENT ANY NOISE YOU MAKE FROM REACHING THE SURFACE: IF WE DETECT ANY COMMOTION WHICH WE FEEL IS DANGEROUS, WE WILL INTRODUCE ETHER TO THE AIR INTAKE AND PUT YOU TO SLEEP.

THE FAN OPERATES ON 6 VOLTS. IT HAS A SWITCH WITH TWO POSITIONS TO SWITCH BETWEEN THE TWO AVAILABLE CIRCUITS. SHOULD ONE CIRCUIT FAIL TURN TO THE OTHER.

THE BOX HAS A PUMP WHICH WILL EVACUATE ANY ACCIDENTAL LEAKAGE FROM THE BOX WHEN YOU TURN THE PUMP SWITCH ON TO THE “ON” POSITION. THIS PUMP USES 15 TIMES AS MUCH POWER AS YOUR VENTILATION FAN (7.5 AMPS); YOUR LIFE SUPPORT BATTERY WILL NOT ALLOW USE OF THE PUMP EXCEPT FOR EMERGENCY WATER EVACUATION.

THE LIGHT USES 2.5 TIMES THE AMPERAGE OF THE AIR CIRCULATION SYSTEM. USE OF THE LIGHT WHEN NOT NECESSARY WILL CUT YOUR BATTERY SAFETY MARGIN SUBSTANTIALLY. IF YOU USE THE LIGHT CONTINUOUSLY YOUR LIFE EXPECTANCY WILL BE CUT TO ONE THIRD OF THE WEEK WE HAVE ALLOTTED YOU BEFORE YOU ARE RELEASED.
YOUR CAPSULE CONTAINS A WATER JUG WITH THREE GALLONS OF WATER AND A TUBE FROM WHICH TO DRINK IT. BE CAREFUL TO BLOW THE WATER FROM THE TUBE WHEN YOU ARE FINISHED DRINKING TO AVOID SIPHONING THE WATER ONTO THE FLOOR WHEN THE TUBE END DROPS BELOW THE WATER LEVEL.

YOUR CAPSULE CONTAINS A BUCKET FOR REFUSE AND THE PRODUCTS OF YOUR BOWEL MOVEMENTS. THE BUCKET HAS AN ANTIBACTERIAL SOLUTION IN IT: DON’T TIP IT OVER. THE LID SEALS TIGHTLY TO PREVENT THE ESCAPE OF ODORS. A ROLL OF WAX PAPER IS PROVIDED – USE IT TO PREVENT SOLID WASTE FROM CONTAMINATING YOUR BED. KOTEX IS PROVIDED SHOULD YOU NEED IT.

BLANKETS AND A MAT ARE PROVIDED. YOUR WARMTH DEPENDS ON BODY HEAT SO REGULATE THE AIR TO PREVENT LOSS OF HEAT FROM THE CAPSULE.

A CASE OF CANDY IS PROVIDED TO FURNISH ENERGY TO YOUR BODY.
TRANQUILIZERS ARE PROVIDED TO AID YOU IN SLEEPING – THE BEST WAY YOU HAVE TO PASS THE TIME.

THE VENTILATION SYSTEM IS DOUBLY SCREENED TO PREVENT INSECTS OR ANIMALS FROM ENTERING THE CAPSULE AREA. YOU RISK BEING EATEN BY ANTS SHOULD YOU BREAK THESE PROTECTION SCREENS.
THE ELECTRICAL COMPONENTS BEHIND THESE SCREENS ARE DELICATE AND THEY SUPPORT YOUR LIFE. DON’T ATTEMPT TO TOUCH THESE CIRCUITS.

WE’RE SURE YOUR FATHER WILL PAY THE RANSOM WE HAVE ASKED IN LESS THAN ONE WEEK. WHEN YOUR FATHER PAYS THE RANSOM WE WILL TELL HIM WHERE YOU ARE AND HE’LL COME FOR YOU. SHOULD HE FAIL TO PAY WE WILL RELEASE YOU, SO BE CALM AND REST – YOU’LL BE HOME FOR CHRISTMAS ONE WAY OR THE OTHER.

Barbara lay there scared, bracing and pushing with all of her strength. She screamed and pounded at the walls as hard as she could hoping someone would hear her.  Meanwhile she was left in total darkness when the light died in three hours.

The kidnappers had chosen the wrong family to anger, as Robert Mackle and his brothers were close, personal friends of President-elect Richard M. Nixon. In fact, they had built for President Nixon one of the penthouse units at their second ‘high rise’ condominium on Marco’s beach, Sunset House. It was decorated in the classic blue and white colors of the presidency. Instead, President Nixon selected another of their developments, Key Biscayne, as the base for his winter White House.

A ransom message was delivered: the kidnappers wanted $500,000 in old $20 bills delivered to a spot along Biscayne Bay. Robert Mackle immediately raised the money, put it in a large suitcase, and left it where instructed just south of Miami along the bay.  At 5 a.m. a local resident, hearing an outboard motor and concerned about the rash of burglaries at the time, called the local police. They arrived, totally unaware of the kidnapping, and spotted two individuals carrying baggage. Upon seeing the police, the two dropped everything and ran, dashing through the yard of Herbert and Emily Savage, who now live on Marco Island. In a strange coincidence, Herb worked for Deltona, as the architect of the famed Marco Beach Hotel and Villas and of the Mackle-built homes being constructed in all of their developments including Marco Island.

Meanwhile, the kidnappers escaped and the police recovered two bags: one was the suitcase containing the $500,000 in cash while the other had scuba gear in it.