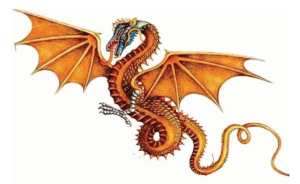 Have you missed me as much as I have missed you? Almost five years have passed since I set aside a regular Quip column for other pursuits.Typical to my personality, new endeavors have been numerous and mostly positive. The biggest chuckle I have had in those intervening years came when people said, “I missed your column in the *** (wrong newspaper) last week.”

Oh darn! Much to my husband’s dismay, I simply had to inform them that they’d be missing it again the next week. Of course, the devil in me was dying to ask how they liked the one the week before that — or the year before. I guess I should have been grateful for small things: being remembered at all. Now all you lucky people who missed me, (or said you did) can join me here bi-weekly. Elephants don’t change their spots (isn’t that the saying?) so you can expect the same kinds of columns that made me so famous in the past. And for heavens sakes, please don’t take me too seriously. I still recall one column I wrote, boiling over with what we thought were gems of wit and sarcasm, that elicited a sympathetic letter from a reader who took everything I said seriously. There were many thumps and bumps as we laughed so hard we fell off our chairs, imagining me teaching my dogs to rollerblade.

So far, no one has questioned my by-line: The Blowhard. Is there a message here? You can’t be too thin-skinned when you read (or write) this column. When I document and make fun of human frailty, I write about myself as well. Anyone who writes under the label of “Blowhard” has to be strong. Perhaps it is no accident that I was born in one of the Chinese years of the dragon.

When I was very young my parents asked me why I did some of the things I do, such as write or be involved in public activities. I quickly replied that I wanted to be famous. If I had been older, wiser, or more experienced at the time, my reply might have been different and more thoughtful. I might have said that I wanted to entertain or make people laugh. I don’t see myself as a comedienne or a clown, but so much of life is serious that I enjoy finding a lighter side (even if I have to dig for it) and sharing it. Sometimes I have even been guilty of — what a shocker — sarcasm and satire.

Some of the people who have read past columns have contacted me and accused me of writing about them: if they are part of the human race, I guess I did. But, did I sit down and deliberately use one specific person as a model? Not any more than the knock-off ties or handbags in your closet are real. If you try hard enough, I suppose you can see similar human foibles reflected in many places.

Often as I drive from Marco Island to Naples, I find myself writing columns in my head. Do you suppose it’s the fertilizer they put on the 951 grass medians? Or perhaps, like last week when I drove the route six times in five days, I just make the trip too often and I become delirious. Occasionally those mental columns are a response to some ridiculous comment I have just heard on the radio, or perhaps they are triggered by nostalgia for a time or a place when I hear a piece of music or smell newly-mown grass. I usually play ‘kick me’ all the way to my destination, because by the time I get there all those columns composed of flowing words and incisive thoughts have vanished. Fortunately this pastime has not interfered with my enjoyment of seeing wood storks feeding at the side of the road, the many
different cloud formations in the direction of the Everglades, and all the
jazzy new models of cars. Sometimes it also prevents me from having really nasty thoughts about those people who wear their hats backwards and are in such a hurry that they simply have to cut in on others, weave through traffic creating dangerous situations, and use their horns rather than their brains. If they really had an emergency they’d be in an ambulance.

So other than getting my literary rocks off, why do I write this column?
Over time, you will discover many reasons, including one favorite hobby: people watching.

You may have a sibling or close friend with whom you are so in sync, that all you have to do is look at each other silently to communicate. I have a few friends like that, but usually they are otherwise occupied or miles away when I am hot to share comments. If I write a column I just might remember the event long enough to share it with someone who appreciates it.

I read in a medical publication recently, that people who whine have
healthier hearts.

“The researchers write that men ’with less consistent patterns of covert coping’ had lower risk for death and heart disease.”

I imagine that would apply to women also — if indeed they had the time to whine.

Writing is the best excuse I have ever heard for “less consistent patterns of covert coping”, or in real English, making your complaints heard instead of holding in your problems and suffering in silence. Whining doesn’t have to be negative: just pass the cheese and whine!

Join Carol Glassman here, blowing hard with every edition. She may be
reached at: CarolGlassman@embarqmail.com