The Blowhard: You Get More With a Wag Than a Bark 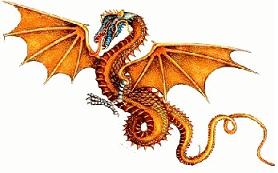 I had an epiphany the one night at a public meeting (never too old to learn): I realized that I don’t dislike anyone. Most people do what they do because they believe they are ‘right’; they have morals or some way of governing themselves. I don’t always like WHAT people do and I suspect you don’t either. But are we always capable of separating the ‘who’ from the ’what’?  Aye, there’s the rub and that’s where problems begin. If you believe you are what you eat, then how can you separate what a person thinks and does from who he really is — or can you? Just try asking parents how they feel about their child who repeatedly breaks laws and hurts others.

I realized when talking with political candidates personally, for example, they are not BAD people. Some of them just might be – in my opinion –  cold and dispassionate, out of touch with reality, not really cognizant of current problems, not plugged in to the real needs of the electorate and the common people. Some could be pen pushers and numbers crunchers who forget their humanity. Some may be so impressed with what they are, they forget who they are, whom they represent, and why they might be in a position of responsibility. Some – heaven forbid – might not even be very intelligent.

When people say “I went to Harvard”, many impressionable fools fall on the floor in awe before thinking to ask if they graduated, or at what end of the class  –  top or bottom. If you needed brain surgery you would most likely want an answer to that one.

Perhaps city politics isn’t brain surgery but after sitting through hours of all-candidate meetings one expects to have some insight into each person before giving him a valuable vote and allowing him to control parts of one’s daily life. Political promises, as we who are mature have come to realize, are just another form of obfuscation: the kinds of things you expect to hear from the car salesman when you are buying but have difficulty getting fulfilled in the form of service once he has cashed your check. Is he really going to be able to represent your needs, once elected? Would it be politics if politicians didn’t make promises? Do you have a nose on your face?

All of us are pretty quick to apply labels to others, and some of those labels may not be positive or appealing. They might refer to one’s looks, intelligence or lack of it, some peculiar habit he exhibits that annoys us, or some philosophy he embraces. When backed into the proverbial corner we might, under duress, admit that we don’t really dislike the person but there is something he says or does that we find irritating or unpleasant. We might further admit that we won’t put him on our guest list or share his company too often, but we would have the ability to treat him civilly and with dignity when in his company. It’s not a lot to ask.

You must realize I am referring to the people we encounter daily; on a daily basis we rarely encounter convicted felons, drug pushers, wife/husband abusers (of whom we are aware), serial killers, rapists, bank robbers or other criminals. With those types, the gloves and all bets are off.

There is a Golden Rule of behavior where we treat others as we would like to be treated or, to get a little more homey, we know we can attract more bees/flies with honey than with vinegar. I’m not eager to attract bugs, thanks, but I recently saw a bumper sticker that made me smile all the way home:  “You can achieve more with a wag than a bark.”  All right – confess: what did it bring to mind? A golden retriever? A cocker spaniel?

Like people, dogs get a lot of attention when they are noisy, but is it the right kind of attention? What do you say to your dog when he barks and won’t stop?
“Aw, aren’t you cute!” “Come on – let’s hear more of it!”  “I’ll give you a treat if you bark more.”
I doubt it: you’d be looking for ways to turn off the noise. Let’s face it – isn’t that the same reason one applies the metaphorical WD-40 to the squeaky wheel?

Although some squeaky wheels get grease, I have observed that a diet of grease can result in indigestion of the worst kind and eventual clogged arteries.

It’s difficult for the rest of us to respect those who win by losing in this manner (or did they lose by winning? There are other positive ways to gain attention for meaningful issues than by attempting to make oneself look good by outshouting others.

In a recent survey, a group of mothers voted overwhelmingly, to say that today’s children lack manners. Oddly enough, none of them seemed eager to accept they might have been looking in mirrors at those responsible: it always seems to be other people’s children and other people barking.

Carol Glassman may be observed wagging and barking here regularly. She may be contacted at: Carol@coastalbreezenews.com.