The Art of Forgiveness 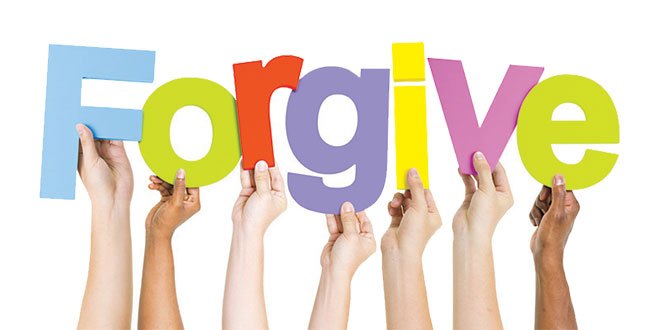 I have an artist friend, Sally, who not only is a very supportive friend, but also is one of the most grounded people I know; sure of who she is and confident in her art. During a recent conversation she assured me she had not always been this way.

“Let me show you something I keep around as sort of a touchstone.” She bounced out of the room and returned with a self-portrait as a young girl in pencil. It was a life-sized head shot and was really good…if it hadn’t been torn in places and crumpled all over I would have thought it was done recently from an old photograph.

“I was 15 and this was my after-school obsession,” she explained, “not because I was the subject, but because I wanted to be good at drawing portraits and there was no hope getting anyone else to model. Inch by inch I carefully covered this paper, feeling totally confident that those were my wide-set eyes staring back at me. Oh yeah, I was goood.

“When I finally finished, I proudly showed it to my older sister and coyly asked if it reminded her of anyone. She stared a bit, squinted some, curled her lip and said,” ‘That’s not supposed to be you, is it?’

Sally was crushed. She shoved the drawing into the back of her closet, figuring maybe she’d work out what went wrong later. But she never did. She never looked at it again until 3 years later when she was cleaning out her room before heading off to college. Like any proper 18-year old she chuckled at what she perceived to be utter immaturity in her pencil-craft way back when she was 15. She remembers tossing it into the trash.

“Oddly, I found it maybe twenty years later in an old portfolio, torn, smudged, and crumpled; no idea how it survived. What a shame…it really was very good. It may not have the boldness that hallmarks my work now, but it was on the way. And that face was definitely mine looking out from across the years, obviously disappointed in my lack of spine.”

She apologized to 15 year old Sally, and really was sorry. Sorry for all the times she let someone else’s judgment skew her opinions; sorry for all the times she looked back on her younger self as, well, as incomplete. It’s okay for little kids…a five year old really is so much more accomplished than a three year old, and most seven year old kids will roll their eyes at the things s/he thought were important when five. But when you get older, that’s supposed to stop.

Sally continued, “I remember at twenty-four thinking how precocious I was at eighteen; at thirty I snickered at how pretentious I was in my twenties. Did I really have to be so hard on myself? What made me think it was a crime to be young? That day I found this drawing I stopped allowing others to define me, or my work; I was already my toughest critic.”

And maybe I’ll take a peek in one of my really old portfolios.