The American Tennis Hall of Fame to the Rescue! 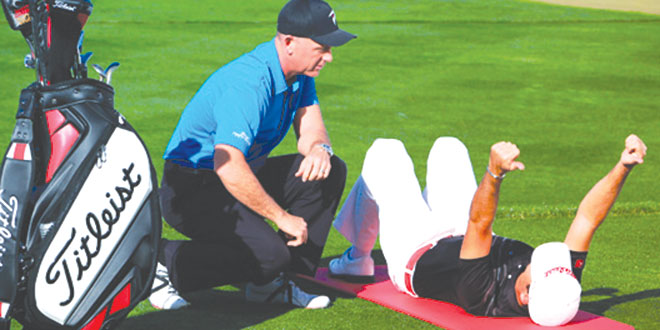 If you are a dreamer, you are going to love the true story of Iowa farmer Mark Kuhn. As a youngster, he and his grandfather would listen to Wimbledon broadcasts on their shortwave radio, and that stimulated his dream to build his own grasscourt, someday, in the middle of the family farm in little “ole” Charles City, Iowa!

And, as one would expect, Mark and Denise Kuhn, dealt with a number of naysayers as they expressed their reservations about their idea to build a state of the art grasscourt on the farm. Never deterred, Mark studied turf management at Iowa State University (yes, they too tried to discourage him from his dream due to abundant weather challenges) and laid the groundwork to build his ‘Centre Court’ dab in the cornfields of Iowa — aptly named “The All-Iowa Lawn Tennis Club” (AILTC) and established in September 2003 with a grand celebration with over 100 people in attendance.

Mark Kuhn is not your everyday farmer; he also served as an Iowa State Representative from the 14th District from 1998-2011, and currently is still active in government in his local area.

Without a doubt, there is so much more to the Kuhn tennis story, but I have to introduce his new partner, perhaps an unlikely pairing, tennis pro, coach and entrepreneur Brian Parrott. Parrott, the son of Harold Parrott, the publicity chief for the Brooklyn Dodgers during the Jackie Robinson era, has an incredible background in sports and tennis. When running the Davis Cup, Brian was instrumental in breaking the attendance record for the United States in Atlanta and that astonishing record stands today.

Parrott is a 50-year member of the USTA, former college tennis standout at Seattle University and was a star on the Pacific Northwest adult tennis circuit for years. He later became a prominent coach at the Irvington Tennis Club in Portland, Oregon. During his career in Oregon, Parrott established himself as a player, coach and one of the most established tournament directors in the region. Additionally, his son, Travis, a former Georgia Bulldog tennis champion, won the 2009 US Open Mixed Doubles title with partner Carly Gullickson. Not only were they wildcards into the draw but also they had never played together!

Their ingenious idea could not happen

at a better time as they wish to award these great American tennis leaders from 1881 to today as they will preserve history, honor excellence and connect generations. Our American tennis fans need a boost; other than the Bryan twins and Serena Williams, we need to get our country excited about tennis, so we can ignite interest in our youngsters so we can produce future champions. Currently, we don’t have an American male in the top 15 in the ATP rankings, and we have not had an American win the US Open since 2003.

Initially, there will be a nominating committee who will have to be prudent when deciding five key nominees each year. Here are a few names to ponder in the women’s singles category: Billie Jean King, Chris Evert, Althea Gibson, Alice Marble, Tracy Austin and May Sutton Bundy. In the doubles competition, here are a few: Pam Shriver, Rosie Casals, Nancy Richey, Lisa Raymond, Billie Jean King, Sarah Palfry Cook and Alice Marble.

I need your input. Do you have any suggestions for the above categories? Are their notable people who have been left off the list?

Are you excited about the new American Tennis Hall of Fame? If yes, please check out their web site at www.ATHOF.com.