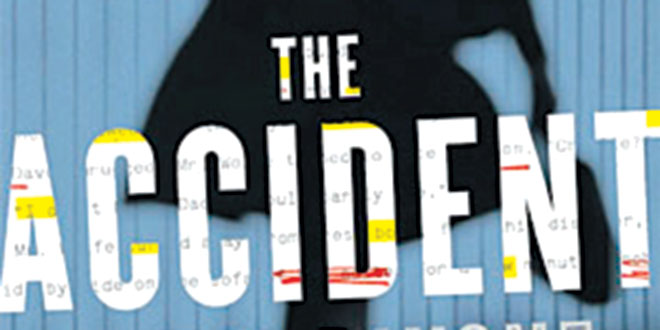 “Life is the art of being well deceived; and in order that the deception may succeed it must be habitual and uninterrupted.”         – William Hazlitt

If you love thrillers, grab this book. Once you do, hang on, because it’s a heck of a ride. I have not yet read Mr. Pavone’s Expats, published in 2012, but I will be reading it in the near future. This man has clearly mastered the thriller genre.

Where to start? Too many books lately have been weak in character but strong in plot or vice versa, but The Accident is robust in both. The action takes place over 24 hours in various locations – New York, Copenhagen and Zurich, but mainly in New York. Most of the characters inhabit the publishing world and are experiencing various degrees of insecurity and disenchantment.

There are a large number of characters in this book, but no, you will not need a score card to keep track of them – you won’t want to put the book down long enough to write on that score card anyway. The title refers to a vehicular accident that happened a couple of decades previously and involved the scion of a very powerful and influential family and his college roommate. A young woman died as a result of that accident but that fact was covered 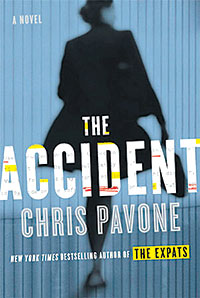 up. Now that scion is an influential media mogul who wants to run for political office – US Senate to be exact – someone wants to prevent this and to destroy him. That person has sent the one single existing print copy of a manuscript describing the accident to Isabel Ross, a literary agent in New York City. “The author” has ensured that no digital file exists. The media mogul has learned of its existence. The race is on.

I will not reveal any more about the story. Its large cast of characters is very well developed, and I found myself sympathetic to Isabel and some of the other characters. Mr. Pavone thrills his readers; he does not toy with them – for the most part. Like a lattice pie crust to an apple pie, this book layers and criss-crosses the story threads and characters into a satisfying ending for the reader.

Having friends from up north coming down, or Spring Breakers, or flying somewhere yourself? Get this book, put it on your guest room night table, take it on the plane, take it to the beach or poolside and enjoy!