TEAR DOWN THOSE CARS! 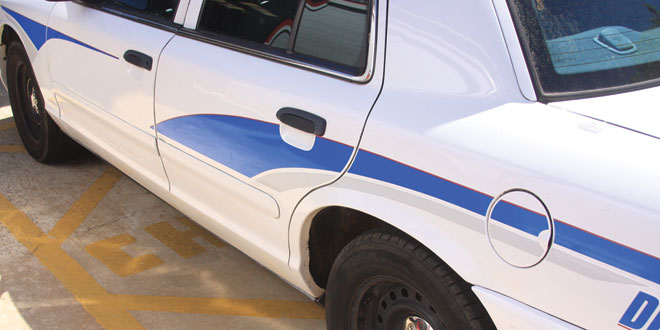 For the last few weeks the Police Department (at least it appears that way) has been stationing official cars at certain places with no drivers, or others, in the cars. Apparently someone in the P.D. believes that these “dummy” cars will encourage drivers to slow down and also obey all other traffic laws. I believe otherwise.

My view is that drivers of other cars will divert their attention to see who is in the “dummy” car, thereby increasing the chances of accidents. Admittedly, it is conceivable, but not likely, that a corps of special midgets has been quietly assembled in the P.D., and that those midgets are tucked away in the vehicles, but there is no such evidence. Moreover, police midgets, if they exist, could not go in hot pursuit of offenders since they could not reach the accelerator or brake pedals.

Does the use of “dummies” mean that we have surplus cars? Are they made of rubber, as were the fake tanks during WWII? If real, are they susceptible to rust, flattened tires and other distasteful things from lying fallow in the hot sun?

I contend that it’s not necessary to station these “dummies.” Marco Island’s drivers usually are about as old as I am…and that’s old. Drivers in that bracket normally drive at about ten miles UNDER the speed limit. I admit it’s true that some of us (them) have been known to cross as many as three lanes of traffic to make a left or right turn (you choose) thereby inflaming “normal” drivers. We (they) have also been known to drive at 37.4 miles per hour in the left lane on State Road 951 or, worse yet, I-75. I also admit that results of such behavior can be serious:

• Drivers behind the slow pokes become enraged and thereby incur unnecessary and dangerously high levels of blood pressure. This may be fine for the medical profession, but not for us fellow drivers.

• The possibility of pile-ups and assorted accidents rises exponentially as drivers wildly attempt to pass the slow pokes to their left.

• Younger passengers in the slow vehicles absorb bad driving examples that later become imbedded in the genes so that future generations of drivers will drive as peculiarly as their forbearers.

• Drivers will get wise to the ruse and become encouraged to indulge in obscene gestures as they pass the “dummies.” That conduct would certainly be uncivil and reflect poorly on the entire island, thereby affecting the real estate market while reducing property values.