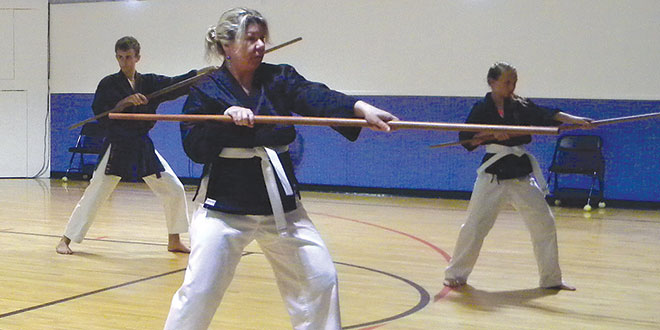 In my experience, especially as a writer, learning about any new place always begins with getting to know its people. I love listening to the local stories, and I’m always eager to shine a well-deserved spotlight on the people that make their town great.

I’ve written once before about Goodland’s own, Nick Lemke, and his Shima Dojo at the Greater Marco Family YMCA. To this day, it ranks as one of my most favorite stories. So of course, I was thrilled to have the opportunity to do an update on all of the exciting things he and his students have been doing since we last met at their April fundraiser at Marker 8.5.

Everyone at Shima Dojo has been working hard, and they’ve seen that hard work pay off in the form of a recent run of tournament success; and it was all unplanned. With one month to prepare and learn a set of rules greatly differing from his traditional style of teaching, Lemke, his students and their families collectively decided to test their skills at this year’s AAU

district karate tournament. There, each student took some variation of gold, silver and bronze medals, and have continued to do so at both state and national events.

“It was a little bit stressful, but well worth it. We went into the first one thinking ‘We’re not going to come back with anything.’ When we got our first medal, we were surprised; and what we did there was exactly what we had been doing here,” said 16-year-old Marco Island high school senior, Ford McKee.

On Friday, Aug. 1, Shima Dojo put forth yet another winning performance at this year’s AAU Junior Olympics in Des Moines, Iowa. On a cross-country phone call immediately following the tournament and their traditional celebratory sushi dinner, the kids excitedly took turns telling me how they each did.