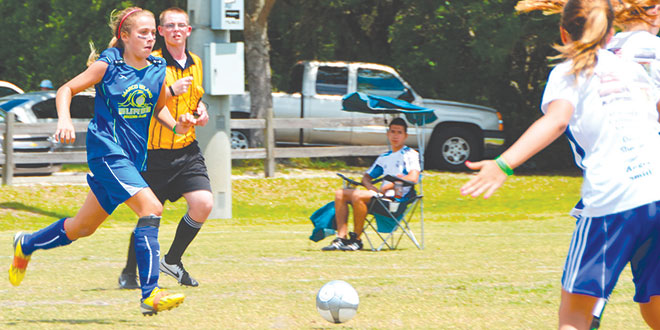 U12 Girls’ Kristin Petronzio goes on the attack.

Coach Guzman’s U10 Boys Surge won first place in their division with a 3-2 win over the Spartans. Coach Watt’s U7 and U11 Boys, as well as Baldwin’s U12 Girls won second place in their 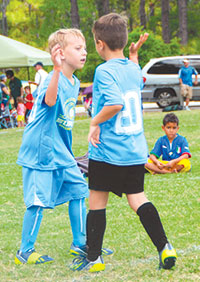 U7 Boys teammates Jacob Watt and Mateo Nadler give a high-5 after scoring a goal.

divisions. A fun day and great effort by all our SURGE players!

The Marco Island Soccer Club is hosting a LIVE 3v3 Soccer Tournament at Mackle Park on May 3. There will be a BBQ fundraiser at the tournament on the Mackle Park basketball court for all to come and enjoy to support youth soccer on Marco Island.

For more information, check out www.marcoislandsoccer.org