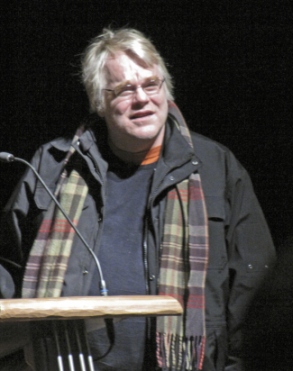 The other day, I wrote about a film being “predictable”.  As I think about it, I don’t think there is anything wrong with a film being predictable. When we see the ending we expect, it reinforces our view of the world and we leave the theater feeling secure.  Unpredictable endings can be unsettling. When I saw the George Clooney film, Up and Away, in which  the plot at one point takes an unusual twist, there was an audible gasp from the audience.

Philip Seymour Hoffman made his directorial debut in Jack Goes Boating. It is the quintessential Sundance film: good character development, pathos, humor, and probably will not play to a wide audience.

The best film I have seen so far is The Dry Land with America Ferrara (TV’s Ugly Betty),  Ryan O’Nan, and indie favorite Melissa Leo.  The Vietnam War had films such as Coming Home and The Deer Hunter.  The Iraq war now has The Dry Land.  America Ferrara told the audience at the premiere that she first signed on as a producer for this film but liked the role of the wife of a returning veteran so much that she went after the part.  The US Department of the Army cooperated with the 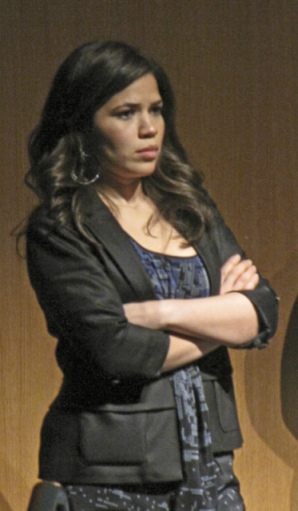 making of the film and a representative also spoke at the premiere.  He said that when the script was first given to him to read, he thought it would be just another politicized war film like Stop Loss and the Army would not support it.  Once he read it, however, he knew that this would be a special film.

The hot ticket is for The Runaways. I could have had a ticket for it, but it would have required standing in line in the sub freezing cold for 45 minutes, and no film is worth that!

The gossip is that Paris Hilton is in town.  A friend saw her at Bill Murray’s party, being very low key.  Hmmmm……..

The sun actually came out for a while this afternoon. We’ll see what
weather tomorrow brings.