Spring Break Then and Now 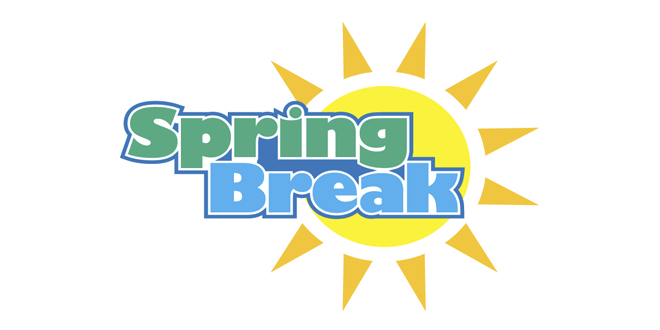 Ah! Can you smell it? The scent of sun lotion and beer is everywhere. That means only one thing—spring break is here again. That heady mix of aromas reminds me of some of the best times of my life, especially my first foray into Florida during college break in the 1970s. My friend Donna and I headed to Daytona Beach in search of sun and fun and discovered sun, 40 degree temps and a few hangers-on from the weekend’s Daytona 500. Intrepid travelers that we were, we decided to continuing driving south until we got a “good vibe” and temps above 70 degrees. We had no reservations anywhere, so we were free to cruise all the way to Key West if we wanted. Equipped with a an eight-track tape deck and a small suitcase of music, we sang, stopped for free orange juice, picked up cute hitch-hikers (remember, it was the 70s) and refueled the Malibu station wagon I commandeered down I-95 for a paltry 95 cents a gallon. Eating healthy and nutritious food was not even on our radar, so a bag of White Castle burgers for breakfast and a slice of pizza for lunch provided enough nourishment until happy hour. Donna had a brainstorm that we should go to West Palm Beach where she once lived for a year or two and bunk with a retiree named Ann. “She will absolutely love to
have us,” Donna predicted. I was slightly skeptical of the proposed plan, but with no other options on the horizon and the temperature soaring hour by hour we arrived at Ann’s door step and after some fast talking from Donna (she knows no other way to talk) we were spending our vacation in Riviera Beach. Our refuge was a stone’s throw from the beach where we camped on the floor in sleeping bags free of charge. In addition to lodging, we were also taught how to crochet tops on dish towels courtesy of Ann, walk her flatulent-prone poodle Missy, and play a lot of canasta with Ann and her buddies. When we weren’t taking Ann out to Early Bird specials in gratitude for her hospitality, Donna and I soaked up some rays, shopped, went “clubbing” and took pictures which we both still have as snaphots in yellowing photo albums. It was not my last spring break in the Sunshine State, but one of my most memorable. Later stays involved traveling with three children before cars were fitted-out with DVD players and ear phones. Compared to today’s luxury rides, my experiences could be described as hell-in-a-twodoor compact. I’m not mentioning names here (you know who you are), but I had one child who required hourly bathroom stops, another who had the same problem as Missy the poodle, and a third who constantly teased the other two. You know the drill, “Mom, make him stop hitting (pinching,
flicking, touching, looking, etc. at me!) By the time we arrived at our destination everybody was hungry, thirsty, cranky and craving a TV fix. My last spring break in the Virgin Islands left me with a broken wrist due to an unfortunate spill on the rocks. Two years prior, my no-break spring break presented me the choice of adopting a dog, which I thankfully chose to do. Which leads me to this year and my anticipation of hosting a wonderful family for several days, who thankfully have a car with several DVD’s, children with hearty bladders, and reservations at a local hotel. This may be the best spring break yet.