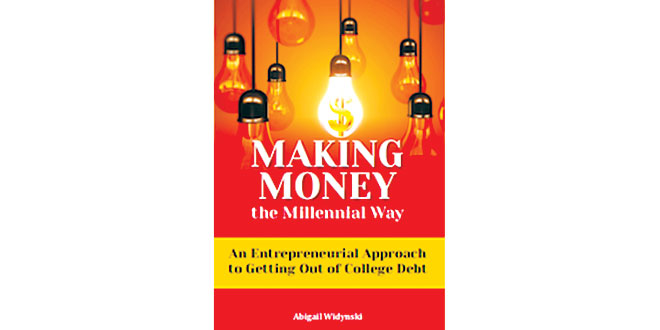 Marco Islander Abigail Widynski is a Millennial — one of those people who according to the Pew Research Center was born between 1981 and 2000.

Academic research has characterized this generation as always being treated as special and important by overprotective parents; as being motivated, goal-oriented and confident folks who are no strangers to over-achievement and pressure to succeed; as being civic-minded and progressive, supporting social equality and high levels of education; and as being just the tiniest bit entitled.

They also are a generation racked with student debt. For instance, in 2010, Pew Research reported that 40 percent of households headed by people under 35 had outstanding student loans that they were either paying off or deferring. Further, statistics from the US Department of Education show that federal student loan debt grew more than 112.5 percent between 2007 and 2014 with the average number of loan recipients increasing from 28.3 million in 2007 to 39.6 million last year.

Although Widynski too had some student loan debt, she did not truly wake up to the breadth and depth of the crisis until she wrote a tongue-in-cheek article called “Dear Recession, Thanks! A Letter From a Millennial MBA.”

This article led to her latest endeavor — a book dubbed “Making Money the Millennial Way: An Entrepreneurial Approach to Getting Out of College Debt.” Part-motivational and wholly practical, the book serves as a guide to helping Millennials seek an entrepreneurial way out of their college debt. It was released Jan. 16.

“I think it’s critical to remember that entrepreneurship is a tool, a tool that can be wielded against debt,” explains Widynski, who is a finance professional, owner of Sovereign Venture Advisors and founder of the Sovereign Venture Philanthropy Fund. “As that tool sharpens and debt is eliminated, well then, who knows what’s next for that student or graduate!”

She adds: “As I mention in the book, the past is the past. If a student has financed their education with debt, they are tied to their loan even in the worst case of filing for personal bankruptcy. It’s critical to take responsibility for the debt and start on a path to increase earnings. Entrepreneurship is an approach to earning to which the ceiling is self-determined, in large part. I encourage students to begin thinking about their 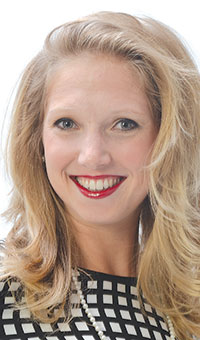 unique skills, gifts, character and knowledge to direct them in capitalizing on themselves.”

The philosophy is simple: “‘Capitalizing on you,’ that’s how you not only get out of debt but move forward in great strides personally and financially.”

In the book, Widynski talks about the tenuous relationship Millennials have with their student loan debt: “But tuition simply can’t be viewed as a necessary evil or a barrier to getting to where you want to go personally or professionally…Ideally, tuition is an equal exchange, a business transaction. When you decided to attend college, one of your motivators may have been to acquire knowledge that you didn’t yet possess. So, you went in search of viable options to gain or buy that knowledge. That search is what bought you to a university. A university sells a product that you don’t have but want: knowledge. They sell you that knowledge for a price. The price of the knowledge isn’t a punishment. No, it’s a product and one that you must purchase in order to own it, to finally call yours after achieving your diploma.”

She also explores the pressure placed on students to qualify for their next round of loans thanks to minimum credit hour requirements at colleges; the precarious balance between working and going to school; and the various life circumstances — illness, parent divorce, a recession and other personal life shifts — that may impact eligibility and repayment of student loans.

In researching the book, Widynski wanted to get input from students making ends meet right now, to hear exactly what students are doing right now to earn money while studying. She wanted to listen to the facts and the struggles but also to understand the stories of resilience behind creative money-making pursuits that these folks were employing to dig themselves out of debt.

As part of the book launch, Widynski began a formal outreach campaign to Princeton Review-ranked colleges through email as well as mailed copies and speaking inquiries to the Dean of Students offices. She has been interviewed by DePaul University radio in Chicago, and online, she two articles on two Millennial Finance blogs.

Locally, she is looking forward to the opportunity to continue the conversation of entrepreneurship on college campuses throughout Southwest Florida, including Florida Gulf Coast University and Florida SouthWestern State College (formerly Edison State College).