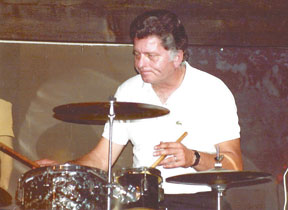 Smokin’ Joe, as he was known in these parts, was the trolley driver. He had driven the trolley for the past 22 years. “He loved driving that trolley, it was his life,” said one of Joe’s acquaintances. Can you imagine the number of people who must have had their first real view of Marco Island with Smokin’ Joe at the wheel? Joe passed away on March 14th at 6:20 AM.

Joe moved to Marco Island in 1988, because his wife, Diane, wanted to come here. Years earlier, while attending college at the University of Miami, Diane had seen Joe washing his car outside his fraternity house. Then they noticed each other at a football game and finally, they met in the school’s library. Diane was the studious one, while Joe had a bit of the ‘bad boy’ image. Diane graduated with a Master’s in Education and taught English for many years until they moved to Marco Island where she went to work at Marco River Marina. One of their rental boats, still used today, is named after her.

The young couple moved back to New York after college in 1968. They were fortunate enough to have family who helped them purchase their first house and there, they started a family. They had two daughters, Deborah and Christina. It was difficult paying a mortgage in White Plains in those days and in trying to make ends meet, the couple was always working. Joe had his Masters degree in Music. When he wasn’t

Joe with daughter Deb and her new husband Scott with sister Christina.

working, he was teaching.

Joe also played with the Miami Philharmonic, the pits on the Broadway circuit in New York and several seasons with the New York Symphony. “He was somewhat of a musical prodigy. Most schools have their bands play at half-time, but at Naugatuk High School, they built a platform, put drums on them and Joe would be the half-time show,” Deborah remembers her dad telling her. “In Manhattan, Joe played with all the greats; Sara Vaughn, Cab Callaway, Tony Bennett, Billy Eckstein, Paul Anka and even Red Skelton,” Christina continued, “Joe would most likely prefer NOT to mention Red since he thought he was a real jerk.” Locally, Joe was known for playing with Bob Snyder, Bobby Gideon and the Johnny D Orchestra.

Some knew Joe for his cars, affectionately nicknamed “The Blues Brothers.” He loved his cars: a ’66 Corvette and ’65 Corvette convertible in matching Nassau blue! Deb said he had trains, too. “He collected these trains but couldn’t bring them when they moved here. Many years later, when he built this house, he restored “s” gauge Santa Fe and Union Pacific sets just beautifully.”

“He was a diehard Yankees fan! We would invite him over for dinner or to play poker. He loved it, but if there was a game on there was no way. He’d say, “No, Dee Dee, I can’t! I can’t miss the game! I have to see my Yankees.”

Joe had a lot of loves in his life; his wife, his daughters, music, the Yankees, cars, and

“My dad was my music coach,” Christina said. “He heard me sing the National Anthem at the Minnesota Twins vs. the Tampa Bay Rays at Hammond Stadium in Fort Myers. “When I asked him how I did, he said, “You sang the —- outta that one, kid!”

trains (not necessarily in that order!) Food has to be added to the list! “Joe loved to cook, maybe it was his Italian heritage. He was great at it, too. This kitchen was built specifically because he wanted commercial equipment for cooking. Funny thing was with all this stainless steel, Joe hated fingerprints. They drove him nuts!” Christina and Deb tell how when they wanted to tease their dad, they would put fingerprints around the kitchen!

The sisters recollect some of Joe’s common sayings. “We call them Joe-isms,” says Deb. A few of the sisters’ favorite sayings: “Fake it ‘til you make it!” “Get up and get it done!” “No matter how bad you have it, someone has it worse. No matter how good you are, someone is better.” “I’m a small celebrity in a big pond.” And another, “Don’t crack the spray”, meaning don’t mess with his perfectly styled hair.

Their all time favorite saying came years after their mother passed away. “We would try to get him interested in dating again, but he just wasn’t interested. He would say, “I drank the finest of champagnes for 26 years, why would I want to drink draft beer now?” Diane was, and would remain the love of his life. She died of lung cancer at the age of 46. The sisters agree, “we don’t know whether to be sad or to be happy. We miss our dad but he is finally reunited with mom.”

Joe will be missed by his daughters, son-in-law Scott Needles, and granddaughters, Diane and Emma.