Singing to the Beat of her Own Drum 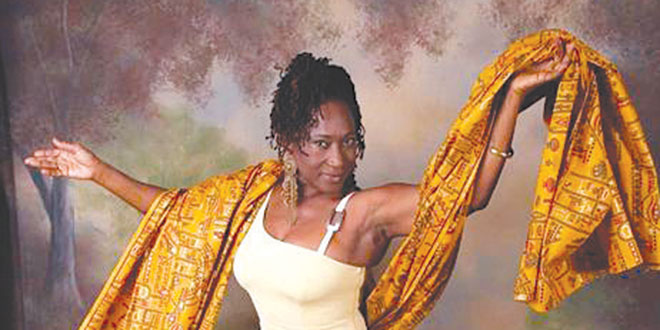 Performing is Sabrina Williams’ way of life. Her melange of Reggae, R&B, Jazz, dance and theatre has prompted music critics to call her “one of the most versatile live performers of the day.”

Jamaican by birth, Williams has been in the music business for 35 years. She moved to the United States in 2009, and now resides on Marco Island, performing at the Marco Island Marriott, Naples Waldorf, Ritz Carlton and other familiar venues. “I look forward to relocating my company Reggae Woman International to the US, so we can continue to produce shows, develop and record artists, and continue to perform. I will be teaching voice technique to young and old because that’s the most readily available instrument. The breathing that’s involved is great for one’s health,” Williams notes.

Her inspiration to perform came from the pure satisfaction she derived from music. “I wanted to share it with the world,” she

“South African singer Miriam Makeba inspired me to sing, especially African songs. Dawn-Marie Virtue, a voice coach, helped me develop confidence in my abilities. Guitarist Janet Enwright said I should always be prepared and perform every time as though the most important critic is in the audience because you never know when opportunity can present itself,” Williams notes.

The Williams family is very musical. “My grandparents, aunts, cousins and my mother, who writes, sings and plays the keyboard for my daughters, have always supported me. They are proud of me as an artist,” says Williams.

Her initial resources included “raw talent and opportunity…I did one performance in Southwest Florida and word got around. I was then introduced to the right people, such as J. Robert Haughtaling, and my recognition grew.”

Her advice to other women looking 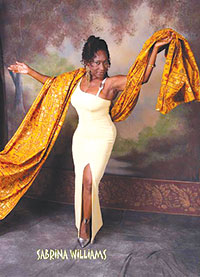 to start their own businesses is: “Just go for it. Nothing tried, nothing done. Be bold. Learn to take advice and criticism.”

Williams’ musical training includes attendance at the Nat Horne School of Musical Theatre in New York and private voice tutoring. She centered her career in the 1980s and 1990s on Jamaica’s North Coast, performing on the hotel circuit. Williams also performed in Jamaica’s National Pantomimes and in “Revelations,” a remake of “Jesus Christ Superstar.”

In 1982, she wrote, “Where are You Now?: A tribute to Bob Marley,” which earned her an appearance on Reggae Sunsplash ’91, airing worldwide on Pay Per View and featuring Ziggy Marley, Dennis Brown and Shabba Ranks. In the Jazz arena, Williams had performed with Donald Byrd, Monty Alexander, Branford Marsalis and Nora Jones.

She would also like readers to know that she is seeking a booking agent to free her up to concentrate on the creative aspects of her work. Williams is available for bookings at reggaewomanjm@gmail.com or by calling 239-878-8059.