Show the Kids a Fishing Adventure 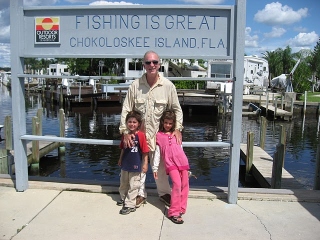 Recently I received a phone call from a  Ft. Lauderdale grandfather, inquiring about a special charter for his grandchildren, to experience a little fishing and viewing of wildlife in the Everglades National Park. What made this special were their ages: his grandson was only 5 and his granddaughter was 6. They had never been fishing before, and he had no idea what their tolerance threshold would be in a boat. He explained that if I was up for the challenge of keeping the children from getting bored, possibly for an hour or two, that he would gladly pay for a half-day trip.  I am always up for a challenge, so I agreed to give it a shot.

After a short but thorough boat safety lesson at the dock, the children were suited up in their life vests, 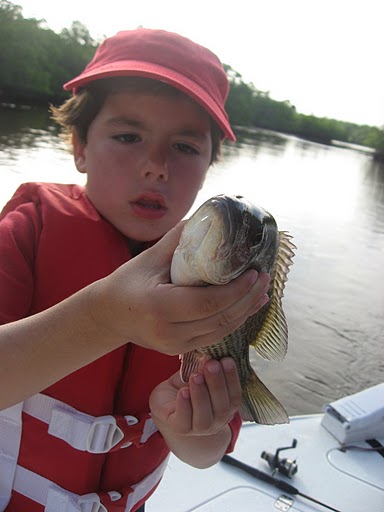 Eeew – this one’s a little wiggly!? Photo by Pete Rapps.

and off we went. Typically we travel for about 15-20 minutes or so, but this day was different. We needed fish in a matter of minutes to keep these kids’ attention. I have a Snapper hole just a few minutes from the dock and within five minutes we were there with shrimp on our hooks. I pitched the shrimp right in the Snapper’s den and handed over the rods. The first cast for the children produced a nice Mangrove Snapper for each. THEY WERE THRILLED! We took photos and giggled and laughed as they each reeled in dozens of Snapper over the next hour.

We decided to get them out closer to the Gulf to see what was going on out there. On the way we saw a school of Porpoise that came right up to 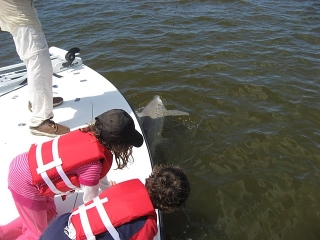 What is that — are we expecting company? Photo by Pete Rapps.

We pulled up right next to a mangrove-lined island and I began to pitch shrimp out again, each time handing the rods to the children. It was only a matter of minutes before they were reeling in Redfish, Ladyfish, Snook, Trout and even some big whiskered silly looking catfish. As much as the serious angler hates to catch catfish, you can never let a child know it is an undesirable catch. You have to make up stuff as you go, and 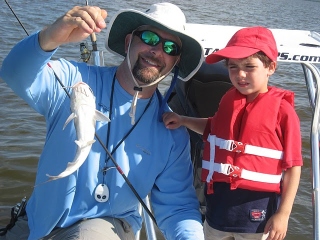 I thought I heard a “meow”. Photo by Pete Rapps.

Each time we moved we saw something new. There were several loggerhead turtles that made appearances at the right time. We saw an Osprey carrying a mullet in its talons, keeping it aerodynamic as he flew to the mangrove trees. We saw several bright pink Roseate Spoonbills wading in the water eating their lunch. We even saw a manatee as his little nose popped out for a breath of air.

Before they knew it, four hours had gone by and the children were still fully excited. We succeeded in keeping them interested in a half-day trip! It was a beautiful day and Mother Nature was really cooperating at producing fish, and plenty of wildlife. 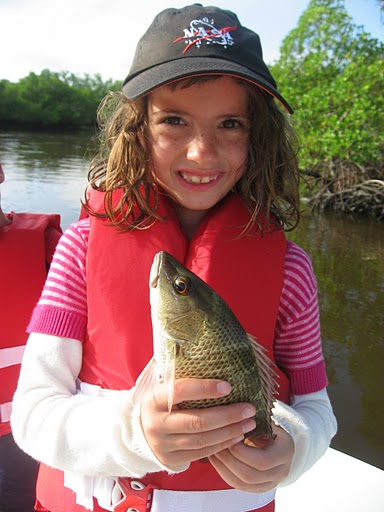 Not a bad size for Francoise’s first fishing trip. Photo by Pete Rapp.

to whine for the first time all morning – because they wanted to stay out, believe it or not. Their grandfather and I just smiled and looked at each other. No words needed to be exchanged. We were all happy campers! Grandpa asked if I could keep them out longer.

The next two hours were just as fun as the first four. After extending the 1/2- day charter to a 6-hour 3/4-day charter, Grandpa was ready to head back to the docks. The children wanted to stay even longer, but they had a two-hour drive home, and the mission was accomplished (and then some).