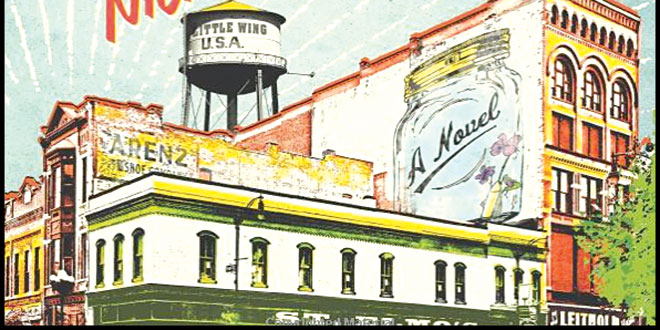 “All things on earth point home in old October; sailors to sea, travelers to walls and fences, hunters to field and hollow and the long voice of the hounds, the lover to the love he has forsaken.”– Thomas Wolfe

The small town of Little Wing, Wisconsin is the setting for this debut novel by 30-something Nickolas Butler who actually grew up in Eau Claire, WI. The story revolves around a group of five friends, now middle-aged, who grew up together in Little Wing; most of them were born in the same hospital, attended the same grade and high school and achieved various levels of quiet desperation in their adult lives. One of them became a megacelebrity through his rock music.

Leland Sutton, known as Lee to his Little Wing “family” tours the world and comes back periodically to his family farm near Little Wing, rides his John Deere, decompresses and when he’s ready, reconnects with the local folks who welcome him back easily. He has written a hit song about the old mill that friend Kip has been developing to help revitalize the area and everyone recognizes and appreciates that Lee has not forgotten his roots. He is a loyal friend to Ronny, who has suffered one concussion too many during his rodeo bronco riding days. He also supports Ronny financially discreetly and without fanfare. Hank has been married to Beth for many years. They have two children; Hank works his family farm and they worry daily about stretching money.

I read this book 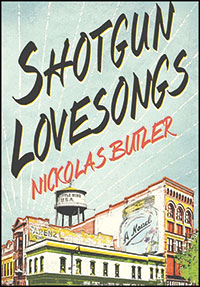 because it was about life in a tiny Midwestern town, a story not told often in modern American literature. Also, because the book was given lavish reviews in many sectors. I was expecting to read a modern classic. Instead, what I read was a detailed description of small town life and the interactions among its neighbors. Butler’s imagery is excellent but sometimes his way with words gets a bit heavy and his love letter to Wisconsin gets a bit sappy.

Actually, I think the very things he loves about small town life are the things that keep this book from really taking off. His characters are too much alike, despite the different occupations they pursued. He takes way too long to get anything resolved. When Hank discovers that his great friend Lee betrayed him by sleeping with Beth years ago while Hank and Beth were on a break before their marriage, Butler takes pages and pages to get this breach in their friendship mediated. When he does, it involves old pickled eggs and a gunshot wound that they doctor themselves. Pretty hard to swallow. But, I suppose if you had as many beers and as much weed as the characters did, it might seem plausible.

Nickolas Butler has potential. Shotgun Lovesongs started off strong with vivid character exposition and story development, detailing local life (Red Man chewing tobacco, cheese curds, clothing and hairstyles of both men and women). His language brings the Wisconsin landscape and sky to life for the reader. Once he masters ending a story and giving his characters some depth and perception, he will be a joy to read. Rating: 3.25 (0-5)