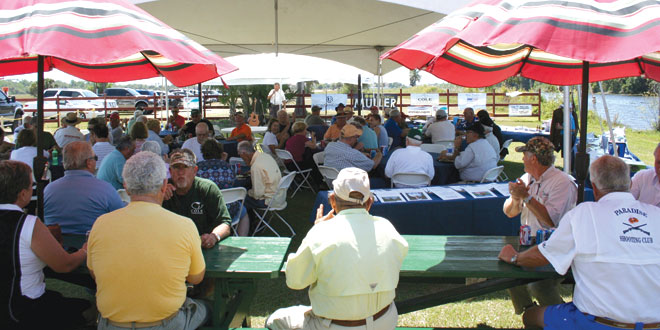 The “Shoot Down Kids Cancer” event held March 23, 2013 at Port of the Islands Gun Club was a huge success. The third annual event raised $32,000 earmarked by the group to specifically fight kids cancer .

Close to 100 guests attended the event which included the wives and friends of 54 shooters. Everyone took aim at lunch once finished with shooting clay targets. Lunch was provided by Texas Tony’s under a large tent and was followed by live and silent auctions.

“Port of the Islands Gun Club has been a great supporter (for cancer research).  It’s a unique event and everyone has a great time,” said Gary Landis, event coordinator.