Rookery Bay’s Citizen of the Year 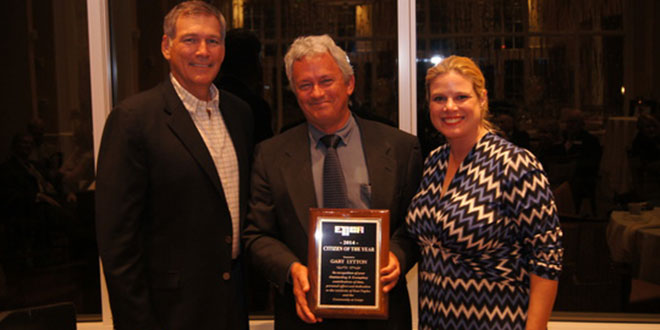 Gary Lytton, director for Rookery Bay National Estuarine Research Reserve, was named “Citizen of the Year” by the East Naples Civic Association at their annual banquet on Jan. 19. The award is given annually to a citizen that has provided a long history of service to the East Naples community.

“Rookery Bay Reserve is the jewel of East Naples and has been a great asset to the entire community,” said Chris Hagan, past president of the association. “During Gary’s tenure it has flourished. His dedication and hard work in environmental education has been exceptional.”

Lytton, with degrees in biology and marine science, joined the reserve staff as education coordinator in 1986, and assumed the role of reserve manager in 1990. His current responsibilities also include serving as the state’s regional administrator for aquatic preserves in Southwest Florida, supervising field offices and staff in Tampa Bay, Charlotte Harbor and Estero Bay.

“Gary’s leadership has been a driving force for our agency and the entire state,” said Kevin Claridge, director of DEP’s Florida Coastal Office, the state agency that manages the reserve. “His innovative ideas and vision continually bolster our efforts to protect coastal resources.”

“I’m grateful for this recognition by our local community, and share it with our team at Rookery Bay,” said Lytton. “I’ve never worked with a more dedicated and passionate team of professionals.”

The East Naples Civic Association was incorporated in 1950 with the purpose of helping neighbors and residents in the community by promoting smart development, beautification and general welfare.