Reward Yourself for Patience 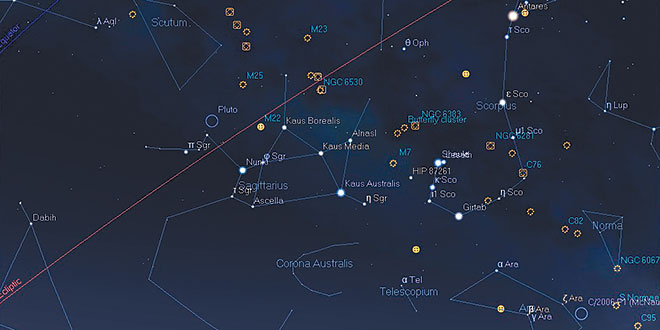 Careful readers may notice this is the 100th column of Southern Skies. If you have been reading the columns and studying the sky for the past two years, now is the time to reward yourself – because you know the sky better than almost everyone. It’s time to buy your first telescope; but do careful research first. If you do not you will buy the wrong telescope. It is difficult to buy the right telescope, but it is easy to point out what the wrong one will be; it’s the one you will not use. Too heavy, too small, too cheap, too hard to use; anything that will prevent you from being motivated to drag it outside on a regular basis.

It is also important to keep your expectations modest – no telescope made will show you the spectacular details and colors posted on the internet. Those photos are all time exposures and many are artificially colored; usually there are good scientific reasons for this but the fact remains – you can’t see those details with your eyes – telescope or not. Still, with the right telescope, the surface of the Moon will be as familiar as your backyard. The rings of Saturn, surface of Mars, clusters containing a million stars, birthplaces of suns, dying stars and hundreds of galaxies are within your reach.

Although it’s no substitute for doing your own research, I think most beginners will find that an 8 (200mm) to 10-inch (250mm) dobsonian telescope will fit 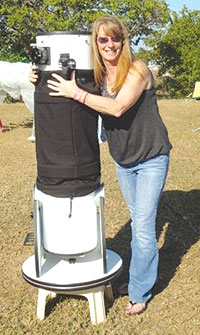 their needs. Smaller ones aren’t worth the time or money while larger ones are horrendously expensive and pose logistical problems. Two kinds of people won’t be happy with this choice: budding astrophotographers and people with small condos/small cars or both. Astrophotographers are in a class by themselves and we can ignore them for now. The other group is faced with a choice, find room somehow for a big dobsonian or purchase an 8 or 10-inch Schmitt-Cassegrain telescope (SCT). The big advantage of an SCT is that it takes up less than half the storage space a big dobsonian does; the disadvantage is it costs three times as much because SCT’s are usually computerized.

An 8-inch dobsonian costs about $500 on the Internet. Throw in another eyepiece, a magnifying finder and collimation tools (an absolute necessity) and you are looking at around $800. A 10-inch outfitted the same way will total less than $1,000. An 8-inch SCT will cost you about $1600 – without accessories. The dobsonian prices do not include any optional electronics, but you don’t need any – trust me! Email me and I can send you a list of reputable vendors and maybe some additional information. If this is out of your price range binoculars are the preferred option (see previous column). Whatever you do, don’t purchase a telescope from a department store – you will regret it.