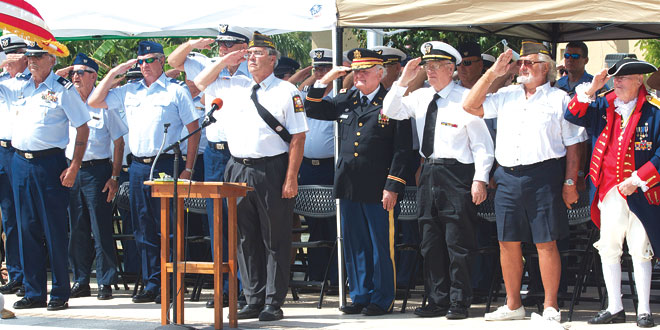 Veterans and civilians joined together on Monday, May 27, to celebrate Memorial Day with a ceremony at Veterans Community Park. Veterans wore their military garb while civilians were covered in red, white and blue.

Flags were passed out for a small donation towards the future fountain, or Phase II, of Veterans Memorial Park. Red roses were also handed out to all ladies in attendance, courtesy of Marco Island Florist.

The ceremony began with the Color Guard, led by new VFW Commander Lee Henderson who is also Commander of the Civil Air Patrol.

Following, each branch of the military was recognized by the 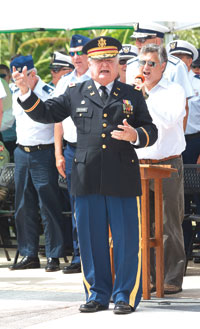 Marco Island Strummers as they played each song. Veterans stood as their song was played.

Jim Lang gave the formal speech of the day, explaining that this was a day of remembrance. A day to remember how every color and creed, the rich and the poor, the college graduates and those who didn’t even finish high school, have and will always be “unified in spirit, purpose and mission,” as members of the military. “For those who passed… it came to them as a duty.”

Lang also reminded the crowd that this was a day to remember those still coming home from war. “We 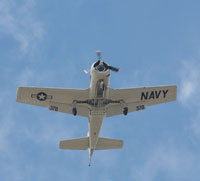 A Navy plane did three fly-overs to the excitement of the crowd.

must remember to care for those who return from service now,” he stated. “Our responsibility to veterans shouldn’t end with their last welcome home.” Our veterans, as he explained, deserve gratitude, dignity and respect because, “they earned it.”

As the Color Guard removed the flags, Lee Rubenstein of the Phase II Fundraising Committee for Veterans Community Park discussed ways in which people could donate to the future fountain to commemorate our soldiers. Information on donation options may be found on the city’s website, www.cityofmarcoisland.com, or by calling Rubenstein at 239-564-9894.